He might not have sold a property in 15 years, but Geoff Baldwin is proving his sales skills are still up to scratch

Recently, while presenting a training session on pricing properties, negotiation and setting commission rates, I was challenged by an audience member who stated strongly:

“Geoff, today’s market is a lot different to when you were selling”.

I responded by agreeing. He was 100 per cent correct in that – despite selling a record at that time of 129 properties in my best year – I never had access to the many amazing tools available to today’s agents, such as mobile internet, email, messaging, research tools, advanced database software, and more.

My response may have contained an element of light-hearted cynicism, but there is no question that the market of today is significantly different from that of 17 years ago. There are, however, certain elements of the successful listing to sales process that are ageless.
In that moment of passion, standing in front of 50 or so people, I rashly stated that I was confident the skills I was sharing would hold true in today’s market – so much so that I set myself a challenge to sell 20 properties in the next six months, in my spare time.

Now I must say, the temptation was to hope that no one in the room would take my rash boast seriously. But after pondering the proposition, I thought that if I am going to be training and coaching agents and salespeople, then it is reasonable for them to question my own ability in that regard.
I guess it’s fair to admit that my other motivation was a need to prove to myself that I still had the ability to sell successfully 17 years down the track!

THE STRATEGY
Twenty properties in six months is certainly no big deal. But when you are already working at running a fast-growing franchise group and overseeing a number of other demanding interests, selling one property every nine days can be a significant challenge.
With that in mind, my approach has been to apply the age-old ‘work smarter, not harder’ strategy. I set aside a maximum of 10 hours per week; however, I must admit that this has altered by a few hours on occasions, because the area that I have focused on is around an hour’s travel from my office. This was necessary so as not to compete with any of our agents.
So now, about half-way through my challenge, how have I found the going? Is the market in fact a lot different than it was when I was at the peak of my sales career?
The answer is yes and no.

One of the most significant differences is the frantic pace and inflated expectations of today’s typical clients, and also the almost chaotic approach of many real estate salespeople.
I must be honest and say that I found sellers to be noticeably more educated and savvy, but also with a much higher, and in many cases, almost unrealistic level of expectation that has required a more focused and detailed interaction.
In other words, ensuring they know exactly what will happen and how it will happen, and setting a firm understanding of the need for them to let you do your job, your way.

My approach was always to say to a prospective client that real estate is my profession and that I consider it my job to find a buyer and to negotiate the highest possible price. On the other hand, it isn’t to bring troupes of lookers through their property, so as to be seen as active; it’s not to swap and change my approach in response to their ‘feedback’.
A property can only be sold to one buyer (or set of buyers) so my objective isn’t necessarily to have herds of people through the home; it is to find the right buyer, negotiate hard, sell and get it settled!

DRAWING A COMPARISON
So what else have I learned? Let me list some of my observations about listing and selling in 2012 compared to 1995:

• The level of fee discounting is pretty much on a par with the nineties. Discounters have always been around and generally, when you find a discounting agent you will either find one who has a well-defined and strict financial strategy around the price they charge, or you will find a low skilled agent who knows no other way. Incidentally, I have managed to maintain an average fee of three per cent plus marketing, despite consistently coming up against agents offering fees of one per cent and 1.5 per cent

• Sellers are much more open to paying for their marketing. In 1992, when I was one of the very first agents in WA to charge for marketing, I received a written reprimand from our institute, advising me that my actions in charging outside of the regulated fees were considered unprofessional and their legality questionable. Haven’t we come a long way since then!

• The technological tools available to today’s agent are amazing and having kept well abreast of these advances over the years, I am a huge fan. However, there is a dark side. When I see agents systematically texting feedback to their sellers after home opens, emailing clients instead of phoning them, negotiating offers via emails, I worry that they are shortcutting their way to underperformance – or even failure. My long-held policy – regardless of any other communication I may have had – is to ring or visit my sellers at least three times each week.

• Pricing properties has not changed at all, and neither has my approach in that I simply do not buy into providing a set price. Instead, I sit down with the seller and explain to them that every interested buyer will have a different opinion about what the property is worth. So, we need to team up and adopt a strategy to attract buyers so that we can begin negotiations. I am now halfway through my six-month challenge and happy to be bang on target, with 11 properties sold. But I’m even happier knowing that while some things have changed, the most important attributes of a successful real estate salesperson remain pretty much the same. I kicked off my career in 1986 using two-way radios to communicate with the office, stopping at public phone boxes with buyers in the car to arrange inspections, and waiting for the receptionist to type an appraisal on a golf ball typewriter. I was there when print advertising was the only option and I was in awe of the introduction of fax machines. I proudly wore a pager the size of a small brick, was there when the first mobile phone numbers all started with 007 and, more recently, have enjoyed the all-pervading influence of social media. It’s been an exciting journey, but importantly, I am now more convinced than ever that the most critical attributes of success in real estate sales remain the same as they were when I began my career – build trust, listen, set a pricing strategy, sell the benefits of marketing, demonstrate value and negotiate effectively. 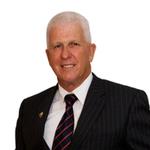