Why we need to pay attention to consumer confidence History and statistics tell us there are two key drivers to the housing and related mortgage finance markets: interest rates and consumer confidence.

Changes to the official cash rate by the Reserve Bank over the years have a very clear correlation to the rate of home price appreciation or the change in home values.

It is no coincidence that the upswing in the housing market, which commenced in June 2012, followed the commencement of the interest rate easing cycle in May 2012, when the Reserve Bank of Australia (RBA) aggressively cut the cash rate by 50 basis points.

With interest rates low and expected to remain low throughout 2014 and into 2015, it is the other key driver, consumer confidence, which warrants closer attention.

When people feel confident in both their personal environment (their employment and financial situation) and the broader environment (interest rates, economic outlook, etc) they are far more willing to purchase a property.

Whilst the volume of property sales sits well below the peak of 2001-2002, property sales have increased by 20-25 per cent over the past 12 months or so, although there is clear evidence that the Sydney and Melbourne markets have begun to cool off in terms of both sales volumes and the rate of value increases.

This is despite the fact that the Westpac Melbourne Institute Index of Consumer Sentiment has fallen by 9.6 per cent since November. The offset here is that consumers are likely to be more certain that interest rates will remain at their current low levels for longer than may have previously been anticipated.

With the media focused on the ‘doom and gloom’ of the past few weeks, and views that the federal Budget will implement the ‘tough choices’ that the government needs to make, it will be very interesting to observe the resulting impact on consumer confidence and how this flows through to the housing and mortgage markets. It may well be that some political pundits will turn out to be accurate in that consumer confidence may in fact not be materially impacted because the Budget will not turn out to be as severe as the pre-Budget ‘scare campaign’ is making out.

Additionally, the Budget will be closely watched for any impact on the motivation and incentive it has on people’s willingness to re-enter the workforce, work additional hours or seek supplementary employment, all of which are strong factors in people’s decision process about whether or not to enter the housing market or extend themselves further through additional borrowing.

Why we need to pay attention to consumer confidence 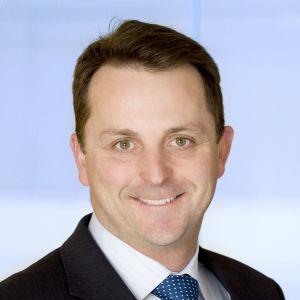 Craig MacKenzie is part of RP Data's executive team and reports to the chief executive.

Craig has been with RP Data for the past two years, after having spent over 10 years in a similar role at Genworth. Craig is responsible for the legal, risk, compliance and corporate affairs functions of the business.

Before joining Genworth, Craig was employed as corporate counsel by General Electric Australia and New Zealand where he was the designated legal counsel for three GE Capital businesses, including GE Mortgage Insurance Services.

Prior to joining General Electric Australia and New Zealand in 2001, Craig spent three years in London working for Herbert Smith, a leading UK law firm, where he focused on corporate mergers and acquisitions work. He moved to Herbert Smith from the Sydney firm Dunhill Madden Butler Solicitors.

Craig graduated from the University of New South Wales in Sydney in 1992 with a Bachelor of Commerce (Finance major) and Bachelor of Law degrees.