Upon arriving at head office I was full of anticipation for the week ahead … What would we learn? What would the other rookies be like? How much would I get out of this?

An introductory exercise of the group asking each participant three questions about themselves soon revealed we were a varied group from different backgrounds, and it was obvious we were in for an entertaining week!

Day one covered some scripts and dialogues, and making some cold calls to the neighbours of some recent sales properties back home … amazingly this resulted in one rookie securing an appraisal for the following week – this was actually working!

An evening at local Cru Bar + Cellar was enjoyed by all on the first night, including our training facilitators Todd (Hadley), Jane (Whelan) and Greg (Braithwhite). An abundance of fine food and wine was consumed and everlasting friendships were made, resulting in smiles all round.

Day two started a little slowly for some but we were soon back into it working on appraisals, open homes and inspections. Each day we were presented with an amazing lunch selection, which was enjoyed by all.

Day three covered negotiation, listing presentations and how to structure a productive week. Most found this exercise particularly helpful, I know I certainly did. Getting organised and being consistent being the key!

We had a visit from a representative from Domain who gave us an overview of their website and services available which was another really informative session … not to mention the goodie bag we were given.

That night the group went out for our final night together and enjoyed dinner, drinks and many more laughs.

Day four started a little slowly again for some but there was no time to waste, so much to get through on our final day. We covered a full listing presentation, and went back over the week’s activities carrying out role plays for each session resulting in plenty of giggles and jibes.

Certificates of attendance were personally presented by the managing director himself, Mr Tony Brasier, which I thought was pretty special. Then it was a couple of drinks, some nibbles and we were off … back to our offices in various parts of the country to put it all into practice.

Since returning to the office I’ve so far listed one new property, sold two and have a third in the process … I’m pretty happy with that!

We were now accomplished 'Sell Smarter Rookie Training' finalists, and most importantly, friends. We have so far stayed in touch via Facebook and we plan a reunion in the not too distant future … we are the team of September 2014. 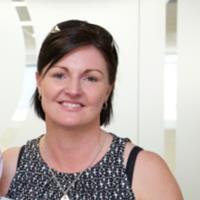 Jodi Hansson is not new to the real estate industry, but is a recent graduate of PRDnationwide Sell Smarter Rookie Training course that took place during September 2014. Jodi is now based in Hobart, Tasmania, where she works as a property consultant for PRDnationwide.