The influence of overseas buyers A petition calling for tighter rules on foreign ownership of Australian property has over 26,000 signatures, highlighting public disquiet over foreign buyers, as reported by The Sydney Morning Herald.

Chinese buyers are often the target of this, as they are visible at home auctions, particularly in Sydney. Yet the Canadians are only just behind them.

So, how big an influence are foreign buyers on the residential market? Available figures tend to be confusing and contradictory, but a better picture should soon emerge when the House of Representatives economics committee issues a report on the subject, due out next month.

According to the Foreign Investment Review Board, foreign investors doubled their presence in the market in the last year, when they purchased 5,755 homes worth $5.5 billion at an average of $955,000 per property. There are two key points to make about this:

1. Last year, in our capital cities, there were a total of 309,124 residential sales. Foreign investors accounted for only 1.86 per cent of all sales. Hardly a dominant figure.

Of course, foreign buyers tend to focus on certain markets. Their influence is disproportionately higher in inner Sydney and Melbourne, though they are making inroads into the Brisbane market. They are broadly grouped into two types:

1. Foreign students can buy property while they are studying at university. Probably funded by parents, this market targets units in university catchment areas, and they can buy existing homes. Overseas families are also accused of using lawyers or other service providers as proxies to buy property, though data is not available.

2. Other foreign buyers are restricted to purchasing new property off-the-plan.

The new unit market appears to be oversupplied in major centres, and not surprisingly, developers are supporters of the right of foreign buyers to purchase off-the-plan, without which a serious oversupply might emerge.

Not all developers, though. Those looking for sites to develop are finding themselves competing with Chinese property developers. Julian Heatherich of Savills Melbourne says that activity in development sites has become “a lot more aggressive” in the last year, while Lang Walker expressed concerns that Asian groups are paying inflated prices for residential development sites.

According to an NAB survey, investment in Sydney by foreign buyers is falling, but increasing in Melbourne and Brisbane. Other cities don’t get a look-in.

According to Simon Henry, co-chief executive of Juwai, stripping out student units, the median purchase price by Chinese investors is $1.5 million, way above most of the market, suggesting that Chinese buyers cannot be accused of pushing up prices for domestic buyers.

Preferences are for property close to the beach, in well-off suburbs, or apartments close to the centre of major cities, according to The New Daily news site. Property investor Andrew Crossley says, “In Brisbane, they are looking at Hamilton, Kangaroo Point and Bridgeman Downs; in Sydney they are focusing on Mosman, Bondi and Cremorne; while in Melbourne they are interested in Burwood, Doncaster and Ivanhoe.” He goes on to say that “Local investors – those who are buying at the cheaper end of the market – have got more to do with pushing prices up than any foreign interests”.

Clearly, the influence of Chinese buyers is being felt, but in very specific markets; it is not across the board. According to the NAB residential property survey, overseas buyers accounted for 17 per cent of total demand for new properties in Sydney in the September quarter, and almost 25 per cent in Melbourne. Momentum Wealth managing director Damian Collins says, “They are buying into new apartments, not existing dwellings, so are not really affecting the residential market.”

The recent free trade deal with China will make it easier for Chinese investors to buy commercial real estate but it doesn’t change the rules for residential real estate. However, the federal government is canvassing raising fees from overseas buyers and is considering a $1,500 application fee for every property they buy, from July 2015, forecast to raise $50 million a year. That implies 33,000 transactions a year, versus the Foreign Investment Review Board figure of 5,755 transactions. The announcement seems more to do with being seen to do something about foreign buyers, for political purposes, than a serious revenue raiser.

The other recent political announcement has been the creation of a new visa category, to fast-track permanent residency for wealthy foreigners who “invest $15 million in certain assets after 12 months”. Concerns have been expressed that this will drive up property prices, but the actual number of foreigners eligible is not likely to be significant.

The recent release of pre-sales for a new apartment tower in Melbourne – 'Aurora Melbourne', with 941 apartments – is a development by Malaysian developer UEM Sunrise. After two weeks, 895 units have been sold, 75 per cent to overseas buyers, showing strong demand for new high-quality apartment developments in Melbourne. It is the pricing relative to other cities in Asia that is cited as the prime attraction.

While the newspapers carry plenty of headlines about “foreigners driving up property prices”, the reaction tends to be xenophobic rather than factual. Certainly, they are having an impact in certain inner-city, prime and unit markets but the impact is minimal in most Australian markets.

On 27 November the House of Representatives issued a report into the Foreign Investment Review Board, which was critical of the current compliance procedures, and highlighted how easy it currently is for overseas buyers to avoid the rules. It recommended an overhaul of compliance procedures, in particular that the land titles systems in each state be amended to record the citizenship and residency of buyers so that we have accurate information on buyers and can monitor their compliance. Also, it recommended that substantial fines be introduced for non-compliance, and that any capital gains on a non-complying property be taken by the government. While it seems clear that the rules should be properly enforced, it will have no impact on the level of overseas demand.

The influence of overseas buyers 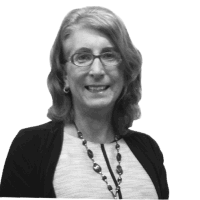