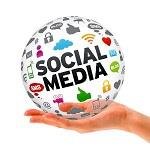 Much has been said about how social media can be used to boost an agency’s image and prospect new business. However, little has been written about its recruitment potential.

Unlike traditional media, social media is a two-way conversation that facilitates interaction, making it a convenient channel for discovering and screening potential staff members.

Agencies using social media to find new staffers greatly widen the net they cast as networks such as Facebook and LinkedIn connect individuals and organisations from across the globe.

RPM caught up with a few industry figures who’ve had experience with social media as a hiring tool and found that it can be a useful resource if used to complement a broader recruitment strategy.

One way agencies can use social media to attract staff is by portraying a positive company culture on their social media pages, according to Josh Cobb, director of real estate web developer Stepps.

That means portraying the office culture in a way that is entertaining, educational and enlightening. Agencies that don’t use social media to showcase their culture won’t be able to attract staff through social media, he says.

Mr Cobb says agencies’ social media pages should share stories that staff members would want to share on their own social media platforms.

“The company basically needs to think like a person, which means you would share another person’s content if you found it entertaining, interesting or educational; but you can’t coerce people.”

According to Mr Cobb, the key is for businesses to humanise themselves by celebrating milestones such as birthdays and outstanding results.

“If you’re proud of your team and you give yourself permission to make your story bigger, the people in your office will start sharing those posts themselves on their own platforms,” he says.

“Then you’ve not only got people who are loyal to the brand, but your content and your brand is now getting in front of people that you couldn’t have reached by yourself.”

Social media – not to be used in isolation

LJ Hooker New Farm principal Brett Greensill says another way agencies can use social media to attract staff is by linking social media campaigns with a broader strategy, such as incentivising internal referrals.

“Our employees post on their social media page that we’re looking for staff and they get $1,000 if one of their friends gets the job,” he says.

“It works because you would only recommend someone that you trust and have confidence in since you’ll be working with them and, if it turns out badly, it reflects badly on you.”

Mr Greensill says social media should become an extension of an agency’s professional image by only posting positive and informative content.

“We post whenever we hire new people and we try to show what it’s like to work with us,” he says.

“You have to assume that potential employees are also looking at you to see what it’s like to work there.”

According to Mr Greensill, it’s worth paying money to boost important social media posts, which can then deliver the message to a wider audience.

“We boost things on the work page so that it gets to friends of friends because you can’t just rely on them doing it, so you’ve also got to be part of that and purchase advertising.”

“I find it works particularly well for part-time positions like in admin or PA and we often get a few applications through that way. I’ve found it is better for more administrative roles,” she says.

“I often jump on Facebook when I’m looking to recruit someone just to see what they’ve been up to, since it gives a better indication than a person’s resume.” 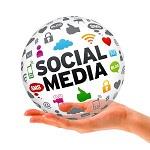