As the challenges continue and as the cream makes its way inexorably to the top, this year’s REB Top 50 Women in Real Estate ranking is unveiled.

A WORD FROM REX

Rex Software is proud to be the key partner of the REB Top 50 Women in Real Estate. Anything that helps women to back themselves, invest in their own development and feel confident to face a future of change is something we’ll support. We want to applaud the female agents doing an outstanding job, whether they are our customers or not, because celebrating their achievements is empowering and uniting for the whole industry. 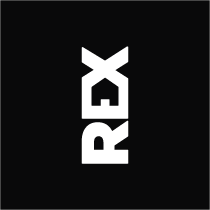 These women represent an established pool of agents who continue to set seemingly impossibly high standards that will be difficult to match, let alone surpass, in the years ahead.

Now in its third year, the REB Top 50 Women in Real Estate ranking for 2018 has been unveiled. It continues to be the gold standard in performance for real estate professionals across Australia.

The REB Top 50 Women in Real Estate ranking is the benchmark for success for women agents in Australia.

For the third year running, the ranking celebrates the industry’s leading women and recognises the contribution they make to the incredibly high performance standards the industry demands of its top achievers.

Against an ongoing backdrop of challenges, this year’s REB Top 50 Women in Real Estate presents a fast-becoming established pool of women agents who continue to set seemingly impossibly high standards that will be difficult to match, let alone surpass, in the years ahead.

The metrics used to generate the REB Top 50 Women in Real Estate ranking include the number of properties sold, total dollar volume of properties sold and the average sale value. Each agent is ranked comparatively across these three metrics against their peers, with the combined comparative score used to determine the top-ranked women agents in the country.

let the
numbers
do the
talking This year’s stats show that the profile of a top 10 woman agent is similar to what it was in 2017, but with a couple of interesting nuances. This year, the top 10 agents have 17 years’ experience and 1.8 support staff members. They list 86 properties that are sold after an average 29 days on market. Their average selling price is $2.04 million dollars and their commission is 1.71 per cent.

Last year, agents in the top 10 had 2.1 support staff members and listed 74 properties that were sold after 27 days. Average selling price has come off slightly from $2.05 million and their commission was also higher last year at 1.8 per cent.

This indicates that the top 10 agents do more with less, that it takes a little longer to move their properties and that they earn slightly less too as the squeeze on commissions shows its face. All of this is consistent with the current market conditions across the industry.

Contrast this against a typical top 50 woman agent. Top 50 agents have, on average, one year of experience less, but list two more properties – at 88 in the year – than a top 10 woman agent does. Top 50 agents’ average days on market are higher at 34 days, while their average sales price is lower at $1.37 million. Their commission is higher than a top 10 performer at 1.84 per cent and they employ an average of 1.7 support staff members – marginally less than a top 10 agent.

Together, all of these stats suggest that as the markets begin to offer less, the country’s very best women agents are rolling up their sleeves and going to work, relying on their negotiating skill and business acumen to maintain momentum rather than the ‘free’ market handouts of earlier years.

Average number of sales per agent

REB will deliver more detailed analysis on the Top 50 women in real estate in the coming months – and deliver inside stories from highly ranked agents.

For the first time ever, this year’s Top 10 were unveiled in a Facebook Live stream.

Rankings
Tech
Marketing
Sales
Better Business
REB Copyright © 2018 Momentum Media Group Pty Ltd. All rights reserved.
No portion of this website can be reproduced, copied or in any way reused without the express permission of the publisher.
Copyright, Legal and Disclaimers
Privacy Policy
About
Advertise
Contact Us