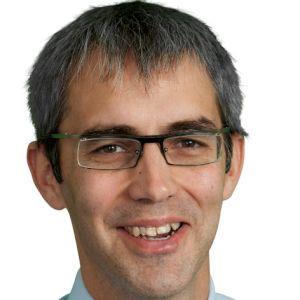 The New Year always brings me a mixture of excitement and trepidation. Excitement at what is possible with the great solutions we have and with what the market is doing, and trepidation that I might not get my personal systems set up so I can be effective and make the biggest difference to my business.

RP Data’s latest statistics for the December quarter show values are up in all capital cities except for Canberra, with the greatest rise being 4.1 per cent in Sydney.

Both Sydney and Perth are above their previous peak values, with all the other capital cities showing good growth in 2013.

So values are up, the number of sales are up, but listings numbers are down. Therefore the challenge in this market is to get new listings. Have you set yourself up to get the listings you need? Have you got the processes in place to turn those listings into sales? Are your systems and staff ready for higher volumes?

RP Data undertakes focus group sessions with top agents. These focus groups have highlighted the different strategies each agent uses to get listings. Top agents vary from using referrals, to cold calling, to utilising their extensive databases and ties to the community, to targeted prospecting.

One of the most effective mechanisms we have measured was contacting vendors who tried to sell in the past two years and did not succeed. Not only can the agent see what price the property was advertised for, they can also see how it was described and through photographs what condition it was in. Looking at value growth in the area and running a report on sales success and time on market for similar properties (the Market Compare Report) can give the agent a compelling sales tool to get the vendor to relist with them. Showing a vendor how sales are up and time on market is down makes the conversation about relisting a lot easier.

An example in a Brisbane suburb near where I live shows that:
• 23 properties tried to list last year without selling, losing agents about $365k in gross commission
• Of the 28 properties sold in the last three months, only three had tried to list previously without success
• So 20 properties which attempted to sell in the previous year without success have not yet come back on the market. These are vendors who have not relisted but who would be very warm leads

If you combine targeting those old listings with your usual listing strategies, plus the effect of referrals that builds with the increased success of having higher stock volumes and turnover 2014 should be a good year.