Good agents see beyond the tweets, pokes and likes 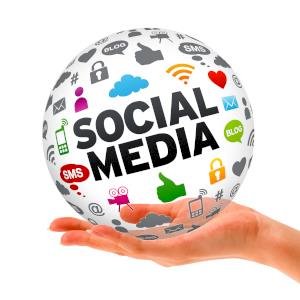 “With Twitter, you’ve really got to think about what you post because of the number of characters you’re allowed to use,” he said.

“You’ve not only got to think about what the message is going to be and how to determine it in a headline-like fashion, but also what’s appropriate for different times of the day.”

According to Mr Kentwell, his posts are a mixture of motivational content, key market insights and information on innovation in the digital, real estate and business spaces.

“It’s one thing to post some stats about Sydney’s housing market, but if you’re not commenting on what that means to the audience then you’re not really providing any value; you’re just blending into the background in the sea of data,” he said.

Mr Kentwell said agents should use social media to build their online presence and visibility, rather than trying to generate direct listings or referrals.

“This month alone I’ve referred five or six listings to agents in my team, because I work a fairly select type of property and area.”

Mr Kentwell noted that he spends about 10 to 15 minutes a day on social media, generally outside of office hours.

“During the week, if I’m alerted to a particular post that’s very relevant to our market, I may do a post during the day, but that would take five minutes,” he said.

“I would spend probably 30-60 minutes on a Sunday, when I’m not chewing into dollar-productive time, since Sunday’s actually a good time to post for everything but LinkedIn.”

Nick Renna, director of hockingstuart Bentleigh, Brighton and Carnegie, said he gets better traction from social media when he doesn’t pump Facebook with information, but rather uses it occasionally.

“I think a lot of people switch off every time they put a sold sticker on, so you’re probably better off just putting through highlights as opposed to a sale here or there.”

“I think it’s really important that people see you as human, so I have my kids on there a bit too and I try not to put any boastful things on there, but just put things on there that show I’m real.”

According to Mr Renna, social media should be viewed as a form of branding that extends an agent’s reach beyond traditional marketing.

Mr Renna said he has an external organisation that runs the Facebook accounts for his offices and updates the pages weekly, which he’s been using for over a year.

“I pretty much give them free rein, since they’ve got the gist of it now; at the start we probably gave them a little bit of guidance, but really that’s just about alerting people to our auctions and great results.”

Good agents see beyond the tweets, pokes and likes