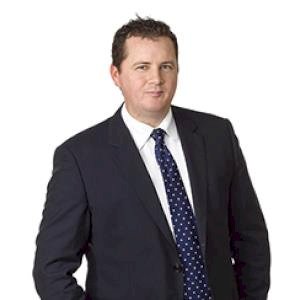 Bekdon Richards Estate Agents director Paul Richards has been in real estate for 14 years, with eight of these spent working with four financial planners to the point where they now generate 51-75 per cent of all his business. Mr Richards shares the benefits of his financial planner partnership and how he goes about effectively communicating with them, as well as the biggest mistakes other agents make when it comes to building referral relationships.

Mr Richards says in addition to providing an above-average service to his clients, having a referral relationship with a financial planner adds significant value to his business.

“I reckon we’d probably get two listings a month [from financial planners] and vice versa to their business as well, so it’s pretty significant,” he says.

Financial planners are often bestowed the biggest responsibility when it comes to their client’s total finances.

That’s why, Mr Richards says, it’s beneficial to have a solid referral relationship with a financial planner, as they will come to you first if their client requires real estate assistance.

“What will often happen is they’ll go speak to their financial adviser and say they might be thinking of selling something but they haven’t [approached an agent] and so then the referrer will say, ‘Why don’t you reach out to them?’” he explains.

Likewise, Mr Richards refers clients to his financial planners if they want advice outside of property, rather than becoming a one-stop shop.

He says this ensures his clients are given proper financial advice and consequently builds greater trust between him and the client, ensuring that they’ll keep him front-of-mind when the time comes for them to make another property transaction.

“I don’t know nearly as much about their field as they do and that’s why I refer clients to them, because I’m okay with telling them what investments to buy, but not what shares etc that they should be investing their money in,” Mr Richards says.

“There’s so much involved in financial planning, from insurance through to managing their super, and I know if I refer them to the group of guys that I use they’re going to be well looked after.

“[Equally] the guys know if they refer to me it adds value to their business because their clients are excited that I get the results and it looks good on their behalf as well.”

What to do and how to do it

It’s all well and good to highlight the benefits of having a strong referral relationship, but what steps are required to get to that point?

Mr Richards says agents often don’t realise that they can capture good referral relationships from within their own database.

“There are some shonky [financial planners] out there so you do have to be careful, but often if you find where your high-net clients are going, you’ll find a good one,” he says.

“That’s how I got hold of the guys that I use, through high-net-value clients, and you realise that they’re adding value to their business [by working with you].

“That’s how I established the relationships that I’ve got now.”

From there, it’s about ensuring that you meet up with your referral partners regularly to help you stay on track.

“I meet with them quarterly in one of our boardrooms and just have a 10-minute meeting to check where we’re at with everything,” Mr Richards says.

“Over the last eight years, we’ve got so many clients of each other’s that we manage and look after so it’s just a matter of: “Is there anyone that I need to touch base with?’”

Mr Richards notes that it’s important to give as much as you take to ensure a fair referral relationship.

“If people are referring to you, you’ve got to be referring back to them,” he stresses.

There are a number of mistakes agents make when attempting to establish or build upon key referral relationships, according to Mr Richards.

First of all, Mr Richards says the biggest blunder agents make is not putting in the time to properly develop the partnership.

“A lot of agents will refer business to the next best person and they never actually build a long-term relationship with them. The problem with that is you might get the odd dodgy referrer because you don’t actually know who you are referring to – they just flick you one and you flick them one,” he says.

“I don’t refer to anyone – whether it’s financial planners or my plumber – unless I’ve used them personally. It’s my name that’s out there and in our business that’s so crucial to protect.”

Mr Richards says it’s vital to make sure that agents are well aware of their referrer’s strengths, business offering and personality before they refer them, otherwise they may put their clients in jeopardy.

“I only refer to people that I know are going to get looked after,” he says.

“If you’re truly looking after your clients’ best interests, the rest of it pretty much takes care of itself.” 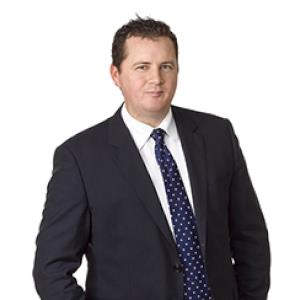