If you’ve ever wondered what makes one franchisee stand out from their peers, you’re not alone.

REB's sister publication My Business asked the former head of a major chain for his thoughts on the subject.

“It’s about the person at the front running the business,” Mark Bilton, leadership consultant at Thought Patrol and the former group managing director of Gloria Jean’s Coffees, says.

“A good franchise partner could do very well [in Gloria Jean’s]. You [could] have the same location, the same foot traffic, [but] have a franchise partner who wasn’t quite as good in there and it would make a lot of difference to the business. The good ones did well, particularly in the coffee business. It’s very relational.

“You go somewhere where people recognise your name, a good cup of coffee, some good food. It’s a simple business and it’s often about getting the simple things right. It’s very much a service-oriented business.”

Mr Bilton took over the leadership of Gloria Jean’s at a critical time and worked closely with its roughly 400 franchisees across the country to turn the business around prior to its 2014 sale to Retail Food Group.

He said that when it comes to the success of the franchise model, it is very much a two-way street, with the franchisee and franchisor relying on one another for mutual success.

“It’s the brand recognition that gets people in the door, but if there’s not good service, then it won’t be retained,” Mr Bilton said.

“We found that a good franchise partner could move sales about 40 per cent, which is a huge impact.

“I think coffee is quite personal. We like to have a relationship with the barista or at least a quiet conversation in the morning, and the service piece was very important. Also, making a decent cup of coffee helps as well.”

Hear more from Mr Bilton, including his thoughts on the common traits of successful business owners, on the My Business podcast. 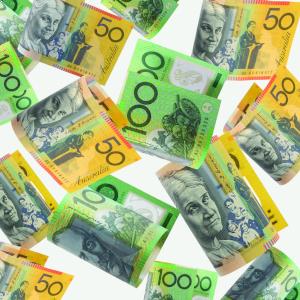