Top 100 Secrets: Other agents are a goldmine waiting to be tapped

In the first of an exclusive series of guest columns being written by agents from the Top 100 Agents ranking, Vivien Yap reveals how seeking advice from other agents helped turn her into an award-winning performer. 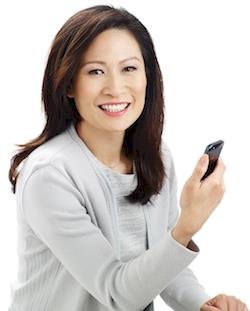 Selling real estate can be broken down into at least 120 steps. Trust me, I’ve counted them. In fact, it might even be as many as 150.

Some of those steps are obvious – meeting the vendor, signing the paperwork, advertising the listing.

But there are also some less-obvious steps, such as asking the buyer if they have a property to sell in the future, finalising the vendor-paid advertising account so a refund can be processed swiftly and delivering presents to both the buyer and vendor.

You could argue that a real estate agent should approach their craft like a professional athlete. For example, Olympic swimmers don’t just mindlessly swim laps; they break the process down into lots of different steps in order to find new efficiencies. One training session might involve repeatedly diving into the water to learn how to make more explosive starts. Another session might involve doing turn after turn to find a smoother way of moving from one lap to the next. There would also be training sessions devoted to seemingly minor details such as breathing, kicking and a million other things.

From the moment I started my real estate career in 2012, I decided I would constantly pick the brains of top agents and trainers so I could make improvements in every one of those 120 or 150 steps that are involved in selling a home.

That’s allowed me to put better processes in place, because I might have learned negotiating skills from one agent, listing strategies from a second, database methods from a third and telephone manner from a fourth.

One valuable tip I remember picking up from an agent was to produce a checklist document for each team member, outlining precisely what job they’ve been allocated. This improves efficiency, especially if it’s implemented in the database too.

The great thing about our industry is that agents are usually willing to pass on advice, especially if they’re not selling in your own backyard. So don’t be afraid to get in touch with top performers from other states or from other networks. Of course, they’re going to be busy, so you need to make sure you don’t take up too much of their time – but it’s amazing how much you can learn from just five or 10 minutes on the phone.

Another way to learn from agents is to watch how they run open homes. The tiniest detail about how they conduct themselves can have an enormous impact on your business. I once attended an open home where I really learned just how important it is for an agent to have extensive market knowledge and to understand every feature and benefit of the property. Every time this agent was asked a question he was able to fire back an answer, and I could see just how impressed the buyers were. He was also very approachable, which was another positive as far as the buyers were concerned.

It’s important to be strategic. By that, I mean you should identify flaws in your methods then try to find out which agents excel in that area. So if you know that you regularly struggle to manage a vendor’s expectations about price, and if you know that John Smith from your network is really good in that area, then send John an email and ask if the two of you can set up a phone call to discuss the issue.

You should also make a point of attending conferences and training sessions. You don’t have to do absolutely everything a trainer says, because not everything will be directly relevant. But if you go to a dozen different trainers you will be able to take away the best bits from each trainer.

A lot of people only want to hear good things, but I know that hearing about my flaws actually makes me better. Also, I feel that if I don’t learn from people who have been at the top of their game for 20 or 30 years, I’m making a serious mistake. I think we have to strive to give our absolute best at every step of the way, whether we’re helping somebody sell a property or helping a buyer find their next home.

Just as I’ve learned a lot from other agents, I’m also happy to share my own experiences. I get phone calls from people who are contemplating real estate as a new career and are wondering how to get started. Sometimes young agents might call to discuss moving on to the next phase of their career, such as taking on an assistant. I’ve got two children, so I also get a lot of phone calls from mothers who are trying to juggle work and home life.

The key thing is to be open-minded. I know I’m still quite new, but I feel I’ve been able to learn a lot more than some agents who might’ve been in the industry for longer. I’m certainly not perfect, but I’m determined to give my best.

Vivien Yap is the principal of LJ Hooker Claremont in Perth. After completing her Bachelor of Pharmacy degree in 1995, she established two successful pharmacies and ran them for 16 years before an unexpected buyout offer caused her to change career. Vivien placed fifth in the 2014 Top 100 Agents ranking and 14th in the 2015 Top 100 Agents ranking, making her the best-performing agent in Western Australia on both occasions. She believes the key to her success is that she’s committed to making a difference for her clients.

Top 100 Secrets: Other agents are a goldmine waiting to be tapped

REB Business Empowerment Showcase: An innovative p ...
How COVID-19 has been impacting real estate agents ...
What’s Making Headlines – 14 May 2020 ...
0 comments
0 Shares
FROM THE WEB
Recommended by Spike Native Network
Make sure you never miss an episode by subscribing to us now on iTunes
And dont't forget to leave REB a review!

Are landlords being left high and dry by insurers? ...

Hot Property: Biggest headlines from the week that ...