Seven years ago, Marshall White was turning over $25 million per year. Since then, annual revenue has jumped to come in at about $90 million today. Headcount has also more than doubled to 300 during the past five years, according to Mr Connell.

How did it happen? Marshall White sacked some of its clients.

Mr Connell says many agencies are so focused on trying to win as much business as possible that they make the mistake of trying to be all things to all people. Marshall White also fell into this trap, he says, and had a “vanilla” brand as a result. That changed seven years ago when the Melbourne agency decided it wanted to become known as specialists in the prestige market.

“So we set about trying to come up with a plan to make this happen. The plan that we came up with was to say 'no' to taking on business under $1 million. To give this perspective, when we did this seven years ago, we were selling about 1,300 properties [per year], 700 of which were under $1 million,” he says.

Mr Connell says specialisation is expected in other industries, such as cars, hotels and clothing. So why shouldn’t it also be the norm in real estate?

Shifting from all-rounder to specialist has made it easier for Marshall White to differentiate itself in listing presentations. “Once we started specialising, we grew a better, stronger, more profitable business,” he says.

Another important strategic decision Marshall White made was to restructure its property management division.

Marshall White’s investigation revealed that it was actually losing money on 400 of its 1,500 managements. To make matters worse, many of those loss-making managements were properties that the agency would never sell, such as one- and two-bedroom apartments. So when owners did decide to sell, they would generally go to a rival agency.

Marshall White responded by selling off two thirds of its managements – with extraordinary results. “The reality was that we were making as much managing 450 properties as we were managing all the other properties,” Mr Connell says.

Since then, Marshall White has steadily increased its rent roll, which is now back up to about 1,500 properties, all of which the agency could potentially sell in the future.

Marshall White’s rent roll is now a “very profitable” part of the business – not significant, but still a much bigger contributor than before, according to Mr Connell.

“Before we had this strategy, we thought we had a terrific rent roll that was making money, but when we ground down into it, we weren’t making anywhere near the money that we should have been making,” he says.

“If you want to improve your business and really look at where you’re making money, start with your rent roll, because I guarantee you that half of what you’re managing is represented by about 30 per cent of your fees.” 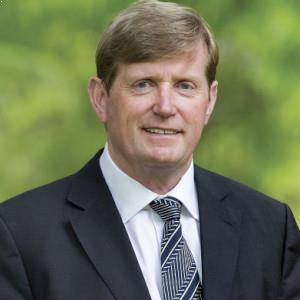 ‘It’s a people business; we just happen to sel ...
The shift towards professionalising the real estat ...
People list with agents – Not agencies ...
0 comments
0 Shares
FROM THE WEB
Recommended by Spike Native Network

Efforts continue to support those affected by bush ...