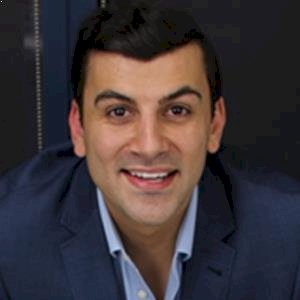 Sales consultant Aaron Sansoni reveals how agents can discover the true motivations of their buyers and sellers, and book more business in the process.

There’s a magic word agents can use if they want to win more listings and close more deals, according to sales consultant and corporate speaker Aaron Sansoni.

‘Why’ is the key word in Mr Sansoni’s ‘iceberg of questioning’ strategy, which is designed to discover the real reason why a vendor wants to sell their home. Just as the majority of an iceberg is concealed underwater, so vendors hide their deep-seated motivations – unless prompted to bring them to the surface.

Mr Sansoni says many agents never discover these motivations because they make the mistake of asking nothing but standard, logic-driven questions when they meet vendors:

“For the magic to start working with the iceberg of questioning, you need to then ask: ‘Why?’”

For example, imagine that an owner named Kelly decides to sell. The agent asks why. She explains that she wants to move from the country to the city.

At that point, many agents might move the conversation on. But Mr Sansoni wants the agent to keep probing. With every answer, the agent should keep pushing for more detail.

Where do Kelly and her husband want to move? To Brisbane, it turns out. Where in Brisbane? She reveals the suburb. Why there? Well, there’s a good school in that zone. After more questioning, Kelly reveals how important it is for her son to receive a better education than she did.

“What’s going to be a stronger reason for them to want to list with me – the fact that I’m going to be walking around their current home selling it, knowing that I could get her son into the education she’s always dreamed of, or just another agent trying to sell something?” he asks.

Take another hypothetical owner named Megan. The agent asks how much she wants for her home. Megan says she’s hoping for $800,000. The agent probes. Megan eventually reveals that she wants $800,000 so that she can afford to buy a place that will have separate bedrooms for all five of her children.

“Let me clarify what I’ve just done for you,” Mr Sansoni says. “I’ve taken somebody who wants $800,000 for their property. I’ve asked why – Megan told me. I asked why again – Megan told me. Guess what I found then? I found one of Megan’s convincing reasons to list.”

The iceberg of questioning strategy also works with buyers. Agents give themselves a much better chance of closing deals if they find out the real reason someone is interested in a property, according to Mr Sansoni.

Imagine that Kelly has sold her country residence and has just found her dream home in Brisbane. Coincidentally, it’s the place Megan wants to sell for $800,000. It goes to auction. Kelly is the top bidder, but she’s only willing to pay $790,000. If the agent understands why Kelly is desperate to buy Megan’s home, he can use this information to his advantage when he pulls her aside for a chat.

“I know you’re at $790,000 and that’s your budget. I know they’re looking for a little bit more than that. Can I ask you a question? I really think this is the question we need to think about, because this is a big decision and the big decision has got nothing to do with money. The big decision is this: are we going to let a couple of dollars per week for the rest of your life get in the way of you getting your son into the education that you wish you had?” 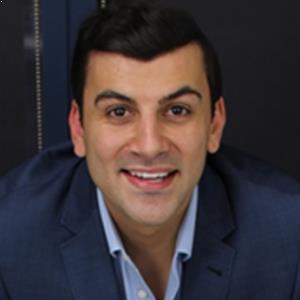