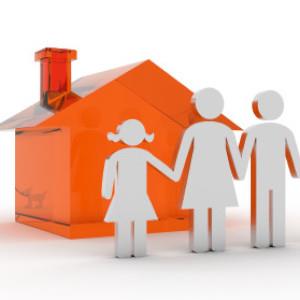 Tenants Union of Victoria's potential Rate My Rental site has been met with a distinct lack of interest by agents who view the site as just a double-up of existing services and often not as effective as popular social media outlets.

As reported recently by Residential Property Manager, the Tenants Union is using Pozible, a crowdfunding platform, to gather funds for the proposed website.

Should tenants have issue with landlords, strata or real estate agents, then using the existing social media channels such as a Facebook profile or website of their estate agent or strata manager is the preferred way to go. Industry insiders have called the development ‘grubby’ and ‘suspicious’.

Proprieter of Novak real estate Mark Novak, based in Sydney’s northern beaches, said if business people had an issue with an estate agent or landlord then the Department of Fair Trading is the way to go, but sometimes renters can just be a hard bunch of people to deal with and they want to whinge.

Mr Novak said if jilted tenants want their voice heard they want it to be heard in volumes, hence the popularity of social media outlets.

“Even places like Google review are generally a lot more viral than posting on websites and if you are going to shout about something you want your mates to hear, which is why Facebook does particularly well,” Mr Novak said.

“Normally within an hour or so if an issue is posted on our Facebook page we will attend to the issue and we normally find people are complaining about a non-performance from a landlord – either they don’t have the money to or don’t want to fix it – if it's not really something that needs to be attended to, often a tenant will jump up and down online and then the estate agent gets the bullet.

Social media strategist Peter Brewer slammed the entire idea, saying it is 'grubby, tacky and suspicious'. Mr Brewer said everyone is entitled to a right of recourse and the fact this idea needs no legitimate identification to post claims opens it to vexatious attacks by people who could be aggrieved their oven doesn’t work.

Mr Brewer said any right-minded person would consider such a site as having no credibility and treat it accordingly.

“There are plenty of forums where people can give feedback and get an honest response – what would happen if estate agents and other people created a site to rate tenants … I’m not so sure that would be approached enthusiastically,” Mr Brewer said.

“The whole idea is tacky and breeds a mentality we should be trying to promote channels that can bring people together in a healthy environment and anything else is just people hiding behind technology and questionable second- and third-party agendas.”