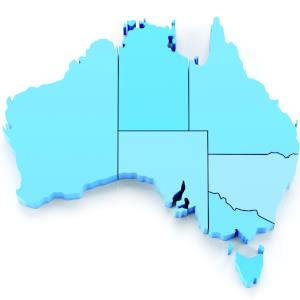 Property analysts are significantly more confident about Australia’s housing market than they were just three months ago.

The latest NAB Residential Property Index rose to +21 points in the first quarter of 2015, up from +12 points in the last quarter and comfortably above the long-term average of +14 points.

Sentiment jumped by 20 points in the combined region of South Australia and the Northern Territory, although it still remained in negative territory, at -5 points.

Western Australia continued to be the gloomiest of Australia’s markets, with sentiment unchanged at -34 points.

The index, which is based on the views of around 300 panellists from the property sector, also forecast that prices across Australia would grow 2.1 per cent in the next 12 months.

Prices in NSW and Queensland are forecast to increase 3.3 per cent, with Victorian prices expected to rise 1.3 per cent and Western Australia expected to remain flat.

The combined region of South Australia and the Northern Territory is expected to experience a price fall of 0.4 per cent.

In NSW, suburbs tipped to reap above-average capital growth are largely centred in the Sydney’s inner, western and north western suburbs, and include Blacktown, Parramatta, Castle Hill and Surry Hills.

In Victoria, Box Hill, Brighton, Richmond and Toorak are four of the suburbs set to shine, while in Queensland, New Farm, Paddington and Toowoomba are three areas expected to perform strongly.

The index revealed foreign buyers were more active in new housing markets, accounting for 15.6 per cent of demand.