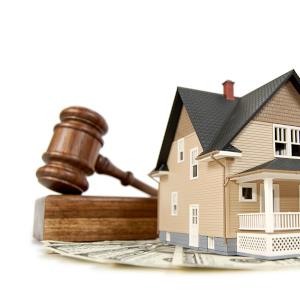 Auctions have become the most popular selling strategy. Yet, there is still a chance it may not deliver the desired results. Here are three uncommon things that can go wrong, and how to recover from them.

Clarity of the bidding process is a critical factor, says Craig Marshall, director and head auctioneer at Savills Cordeau Marshall.

Mr Marshall said it can be difficult for participants to be sure of the most current and accepted bid, especially in the heat of a competitive bidding environment.

“With emotions often running high, parties conferring can lose track, further exacerbated if other parties off-site are being consulted over the phone,” he told REB.

“There can also be problems in a crowd where a bidder is behind another bidder and not able to see if a bid is accepted or who it is with.”

Another problem, especially for newly arrived or overseas buyers, is language barriers.

Technology can help overcome these issues.

Another crucial issue is the eventual purchaser’s actual capacity to buy the property.

“For example, the prospective buyer may not have actually had the right financial arrangements in place, sufficient finance approved or the final approval from the lender,” Mr Marshall said.

“There can also be issues with respect to the buyer having the required visa in place or the relevant approvals from the Foreign Investment Review Board.”

Mr Marshall believes the way to avoid this situation is by doing your homework.

“Know who the likely strong bidders will be and ensure that they are adequately prepared, both financially and legally,” he said.

Mr Marshall flagged a less obvious but equally disruptive element can be ... the elements.

During the recent heatwave in Sydney, Mr Marshall endured record temperatures and blistering heat one week and a damaging hailstorm the next.

“Despite the chaotic conditions and hail covering the front lawn, viewing went ahead,” he said, adding, “And with the auction due to start, the sun made an appearance.”

But with a second storm predicted to hit, Mr Marshall moved the auction inside.

“Again, preparation and research were key. Iced coffees saved the day one week and a weather app the next,” he said.

“I’ve dealt with people mowing lawns as we are about to start the auction, with loud music, and even with water spraying across from supposed garden watering.

“Again, it’s about doing the research and being prepared to avoid or minimise any impact.”