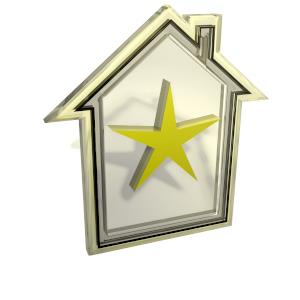 Four of Australia’s best agents have revealed how they turned themselves from mediocre performers into million-dollar salesmen.

Glen Coutinho, who placed sixth in the Top 100 Agents ranking, number seven Michael Clarke, number eight Jason Boon and number 12 Piers van Hamburg told REB’s Secrets of the Top 100 event they all struggled during the early stages of their careers.

Mr van Hamburg, from McGrath Estate Agents Neutral Bay, said he came close to quitting in late 2003 after only selling 20 to 25 properties per annum during the first six years of his career.

After realising he loved real estate too much to walk away, Mr van Hamburg decided “to do real estate properly”, and reinvented himself in 2004.

He hired a PA, invested $30,000 in personal marketing, attended as many training events as possible and sought advice from leading McGrath agents including Brent Courtney and Wayne Vaughan.

“If I was going to summarise what 2004 meant to me, it really was a mental shift where I left behind Piers the employee and I started to think like Piers the businessman and Piers the brand,” he said.

Mr Clarke, from Clarke & Humel Property, said he struggled during his early days in real estate, hitting rock bottom after one year when he ran out of money and couldn't afford petrol to fill his car.

He told the Secrets of the Top 100 event that he turned around his fortunes through a combination of persistence and investing in his personal development.

“During those first 12 months, because I recognised that I didn't have the faintest idea, I pestered all the people in Sydney who I thought were the top agents until they agreed to catch up with me,” he said.

“So I would drive around, ask them what they were doing, and then every week I had something new to implement.”

Mr Clarke said results weren't immediately apparent – instead, his efforts would take between three and 12 months to manifest themselves.

Mr Coutinho, from RT Edgar Boroondara, said he improved his GCI from $47,000 in his first year to $750,000 in his second by learning to work smarter.

This included booking himself into a two-day training course, changing his daily starting time from 9am to 7am and becoming more systemised in his sales methods.

“I changed to a hunter of people with listings. I developed relationships with anyone who had a house to sell, and I loved the crap out of them until they gave me the house,” he said.

Mr Boon, from Richardson & Wrench Elizabeth Bay, said he didn't make more than $56,000 during his first decade as an agent due to a lack of focus.

“When I started to behave correctly in real estate, things started to happen,” he said.

“I fronted up on a daily basis and I was a good asset to that company, one day at a time. I didn't focus too much on what figures I was going to write – it came naturally eventually.”