With more and more people moving to the capital cities and choosing apartment living, strata rules and regulations need to relax or investors will be held back, according to an industry body.

Ken Morrison, chief executive of the Property Council of Australia, said as our cities become denser, strata titles will become more prevalent and the system represents an “important form of ownership” for both residential and commercial property.

Mr Morrison, however, said it currently comes with some severe disadvantages.

“It requires 100 per cent of owners to agree to wind up the scheme at the end of the building’s physical or economic life,” he said.

“Nothing lasts forever. As our cities evolve and grow, strata-titled buildings will need to be refurbished, renewed or demolished. However, getting unanimous approval from even a dozen owners is a big challenge, but a few hundred is well-nigh impossible.”

According to Mr Morrison, the current system is “a strata title straightjacket which risks locking up our cities”.

He said the Property Council is renewing calls for a lower threshold and clearer renewal processes to guide owners through a scheme termination – but conceded some states and territories are already making moves in this direction.

“Last week the WA government proposed a majority threshold for schemes of 10 or more lots which are more than 15 years old,” he said. “This month the NT parliament will consider legislation to do the same. Both are positive moves showing policymovers are thinking about the future."

Mr Morrison said these proposals could act as a template for other states, such as NSW, “where reform momentum seems to have stalled”. 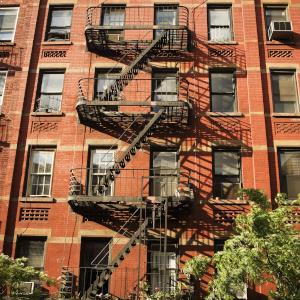