What do all successful agents have in common? 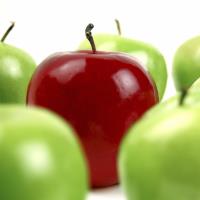 If you were one of the 4,000 agents who attended AREC 2016, you may have noticed a trend among the successful real estate professionals speaking at the event.

They weren’t banging on about sales. Or bragging about listings. No big talk of buying flash cars with their giant commissions. Few even spoke of money. In fact, the one thing all the top agents who spoke at AREC 2016 had in common was gratitude and humility.

Not one of the 35 speakers had a sense of entitlement about what they had achieved. The biggest joy they found in their real estate careers was actually helping others.

Mr Bresic said John McGrath has been a huge inspiration for him, as has Shannon Whitney, his business partner, whom he describes as a “great guy” who “acts with humility”.

Throughout the two-day conference there was plenty of talk about mindfulness, meditation, exercise, diet and the importance of taking regular breaks. The super-agent of today bears little resemblance to the hard-nosed salesmen of yesteryear.

In today’s industry, where leaders are grateful for their success and believe in sharing it with others, there is little room for Gordon Gecko (“lunch is for wimps”) or Alec Baldwin’s Blake in Glengarry Glen Ross (“always be closing”).

A major theme at AREC 2016 was taking care of yourself and those closest to you, including your clients.

Speakers like Kate Strickland talked openly about early career struggles and learning from mistakes. The Marshall White agent explained how she was warned by her mentors early in her career that if she kept going at the pace she was, she would "crash and burn", that she couldn’t keep up such a high level of intensity.

“I walked into my naturopath one day and she said, ‘you are poisoning your body with adrenalin, you are so pumped up it is unhealthy’. I was that ticking time bomb,” she explained.

“To be an awesome agent is all consuming. It is all you think about. You have no boundaries between life and work because you are on call 24/7.

"We love what we do, but sometimes we can resent it when it takes all of our time.”

Ms Strickland opened her presentation with some words that she said have become the framework of her being: work expands to fill the time you give it.

Another phrase summed up the ongoing theme of health and wellbeing: “‘I wish I worked more’ (said no one, ever, on their death bed)”.

Ms Strickland soon made a change, using mindfulness as her strategy.

REB Top 100 agent Alexander Phillips, the nation’s number one agent, spoke about simply doing what he says he is going to do for his clients as one way to be successful.

The Sydney-based agent also talked about the importance of regular exercise, a healthy diet, and taking regular holidays, which he books well in advance.

The New Zealander opened his presentation by asking the audience to close their eyes and picture what success looked like to them. For Mr Cooksley, his definition of success is “to create an environment conducive to success”. After a captivating and at times hilarious talk, he ended with a photograph of his father.

“My dad died in 2009,” he said, “with nothing. When my brother and I went back to his flat to clean it out, we found hundreds and hundreds of Lotto tickets. Now it’s not for me to judge, but I doubt that is what success looked like to my old man.

The real estate industry, like many others, is under the threat of disruption. Technology is poised to take over. But in a world of increasingly digital alternatives, these agents have been able to offer something that even computers are yet to conquer – what it means to be human.

That's an attractive quality in an industry built on relationships.

What do all successful agents have in common?