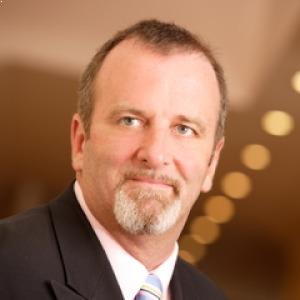 I recently read that many people in property management do not stay in their jobs for very long.

Jo-Anne Oliveri, managing director of Ireviloution Intelligence, said the employee turnover rate is costing real estate business owners and consumers time and money, and something needs to be done.

Whatever the reasons behind the high turnover rates are, it is a problem for property agencies because it means their landlord clients are always having to deal with a new face. That can be frustrating and annoying for landlords and for the business owner, especially if the landlord decides to follow the departing property manager and take their business elsewhere.

Believe it or not, creating special experiences for customers requires having a committed workforce that is enthusiastic about their work environment and their role in the business. Seems obvious, right?

However, according to a recent Gallup study, employees are mostly disengaged at work. Worldwide ,only a tiny 13 per cent of workers are committed to what they do. It appears the vast majority of us are running on autopilot.

The Gallup report found some 63 per cent of workers are “not engaged”, meaning they are unhappy, but not drastically so. In short, they’re checked out. They sleepwalk through their days, putting little energy into their work.

Twenty-four per cent are what Gallup calls “actively disengaged,” meaning one-quarter pretty much hate their jobs. Yikes! That cannot be a good thing for employee or employer.

Add the last two categories together and you get 87 per cent of workers worldwide who, as Gallup puts it, “are emotionally disconnected from their workplaces and less likely to be productive”. In other words, for nearly 90 per cent of the world’s employees, work is more a source of frustration than fulfillment. This means, most places of work are less productive and less safe than they could be and employers are less likely to create new jobs.

Property management is a business that really does require its people to be “switched” on and customer-focused.

Here is an alarming fact – in the US, even in a climate of business uncertainty and high unemployment, more than two million Americans are voluntarily leaving their jobs every month. In Australia, about 350,000 out of a pool of eight million leave their jobs every month. Translate those numbers into the Australian real estate space and that's about 5,000 people a month changing jobs – scary!

Why is this? A recent study by Accenture reports:

Jeremy Carter, executive coach with Rapport Leadership, says it all points back to the top of the chain.

“People never leave companies, they only ever leave managers,” he says.

According to Carter, people are often promoted based on length of service or technical skill. He says the lack the critical leadership skills of self-awareness and emotional intelligence required to secure full loyalty in their teams.

Now, let’s add a fifth reason for employee dissatisfaction. Author Melissa Llarena, of Career Outcomes Matter, reports even higher numbers, particularly for Generation X employees. She cites employees no longer trusting corporations and seeing their leaders as untrustworthy as the biggest reasons for dissatisfaction, which brings to mind the recent sackings-by-text saga on the waterfront.

Bearing in mind how much time we spend at work, it must be soul-destroying to go to a workplace everyday that gnaws away at the very fabric of your being. Of course, if you are paying off an absurd mortgage like people do in Sydney, you may not have a lot of options.

In a parallel to the modern, urban environment, many rats in a single maze expend a lot of energy running around, but ultimately achieve nothing either collectively or individually. The rat race is often used in reference to modern workplaces, especially repetitive, monotonous and dull work. The rat race is a stressful, endless, self-defeating and pointless pursuit. It invokes the image of the fruitless efforts of a lab rat spending its existence running around and around on a spinning wheel or maze. And remember, at the end of the rat race, you are still a stressed-out, angry rat. Not a lot of joy in that!

This rat race terminology contains inferences that many people see work as a seemingly sad, endless pursuit with little reward or purpose – other than a place to go every day so that they can pay their bills and be a slave to their mortgage. There are elements of the property management role that, although important, are tedious and time consuming and really should be outsourced.

The increased image of work as a rat race in modern times has led many people to question their own attitudes to work and seek a better alternative – a more pleasant-sounding “work/life balance”. Many people believe long work hours, unpaid overtime, stressful jobs, commuting, less time for family life and/or friends, grappling with outdated technology or redundant and broken time consuming business processes has led to a general malaise in our workforce.

Martin Conboy is recognised as one of the leading voices of the outsourcing industry and its role in facilitating success throughout the Asia Pacific. He is a director of Virtual Property Manager, which is a new business support model called Real Estate Virtual Support Enabler. REVSE provides back-of-house, white labelled services to real estate and property management and property rental companies such as property inspections, tenant screening and tenant management, reference checking, property maintenance, property repairs and management and inspection reports. The service can also provide full administration support including trust accounting.