A Melbourne grandmother was horrified after her scantily-clad image, captured by an overhead drone, appeared in a selling campaign for a neighbour's property.

Mount Martha mother-of-three and grandmother-of-one Mandy Lingard told the Herald Sun newspaper she was "really embarrassed" after photos displayed of the property next door inadvertently included shots of her sunbaking topless in a G-string in her backyard.

Ms Lingard said friends have noticed the shots – which appeared on a large billboard, in newspapers and online – as has her son, who is also "embarrassed". She added initially she thought the "thing" flying around was a children’s toy – certainly not a drone taking advertising photos.

“It hovered around, and luckily I was face down at the time,” Ms Lingard said.

“Then a couple of weeks later I walked out my door and thought, 'Oh my God, that’s what it was doing: taking photos'… You could see it’s in our backyard and quite clearly it was me.

“It’s in the real estate magazine, it’s on the internet and on the board, and I’m really embarrassed.”

Steve Walsh from Eview Real Estate, the property's selling agent, said he did not realise Ms Lingard had ended up on the sale board and will take appropriate steps to remove her from future advertisements.

Speaking to Real Estate Business, a spokesperson for the Civil Aviation Safety Authority said real estate agents need to understand that drones should only be used by an approved operator. 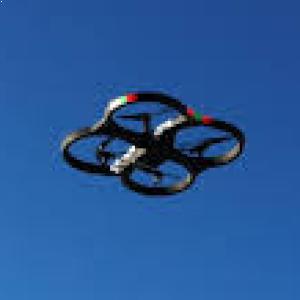 Richard Matthews leadership team transforms into trio READ MORE
Make sure you never miss an episode by subscribing to us now on iTunes
And dont't forget to leave REB a review!