A partial self-regulation model has been mooted as a solution to stem the issue of ‘watered down’ educational standards for entry into the real estate industry.

Mr Cunningham believes an emphasis on education and ongoing training will get to the root cause of consumer concerns.

“Over the past 10 years, the educational standards of entry into the real estate industry have been watered down to a point where agents, having completed their certificate of registration course through some RTO, still have no idea how to properly conduct themselves in their capacity as skilled professionals,” Mr Cunningham says.

“The proposal to partner with NSW Fair Trading to ensure a more rigid set of controls and compliance in the form of a guild model, has an emphasis on education and ongoing training to get to the root cause of consumer concern.

“The Minister took note of all the issues, including current concerns around under-quoting and material fact.”

Think Real Estate trainer Brian Cannan says such a move would see institutes position themselves as regulators, when their job should remain helping government create the best policy for consumer and agents. He says Fair Trading departments should regulate - not industry bodies.

“Why do you need to improve something that is not broken? The independent Department of Fair Trading is doing a good job and regulating the industry well,” Mr Cannan said.

“Agents are the first ones to look at each other and say that the other is doing something wrong, for competitive advantage… We need a completely independent government body - otherwise, agents will tear each other apart, as you cannot give an advantage to another."

Doug Driscoll, chief executive officer of Starr Partners, says that while real estate agencies are big enough and ugly enough to look after themselves, the move could actually unite the industry.

“The danger is when something catastrophic goes wrong, the consumer has the correct rights... as long as they have the ability to address whatever the situation is,” Mr Driscoll says.

“It's probably just common sense, and we should encourage it because it unifies our industry. We really need to look at joining forces on a number of things, such as internet portal advertising.”

The Real Estate Industry of Australia (REIA) recently spoke before the Parliamentary Joint Committee on Corporations and Financial Services, which is considering proposals to lift the industry’s professional, ethical and education standards. 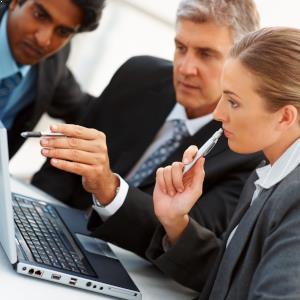 Building defects: In the aftermath of Mascot Towers, how has the industry changed? READ MORE