Ranked number two in REB’s Top 100 Agents 2016, James Tostevin of Marshall White Boroondara reveals how sharing his time with younger agents and with his family at home has helped create ongoing success. This includes a rigorous training regime, which he talks about exclusively to REB.

James Tostevin, director of Marshall White Boroondara, said a key element of his success is the young team of salespeople he has in his office and the joy he gets from developing their careers.

“I do regular training for Marshall White. I do a weekly session with my team and a few of the other more inexperienced members of the Marshall White team on Wednesday afternoons,” he said.

“It’s very constant; there’s ongoing training due to the fact that they get to come to listing appointments, to new campaign general meetings and also pre-auction meetings, which provides further experience.”

According to Mr Tostevin, who was ranked first in the 2013, 2014 and 2015 REB Top 100 Agents rankings, many directors and senior managers don’t devote enough time to the younger and less experienced members of their teams to help build their abilities and refine their scripts.

“I think [training] is important, and that’s something that I try to fast track with the development of our young people, by just trying to make sure that they can overcome obstacles and present their credentials and those of Marshall White really strongly,” he said.

“It’s really about making sure I leave an imprint on the Marshall White business by continuing to improve and train the younger, more inexperienced people in the company; that’s a massive goal of mine.”

Getting the balance right

Mr Tostevin said he’s been improving on his work-life balance recently, which is due in part to the team support he has around him.

“I think that given when clients are available, which is typically after hours, [the work-life balance] will always be a constant battle in our industry, and it’s something that we keep working at all the time,” he said.

“I always feel sorry for people who are not taking holidays or long enough holidays, because if they get to September and they haven’t take time off all year, they’re not going to be able to sustain their energy levels for that sprint home over the last few months of the year.”

Mr Tostevin said taking sufficient holidays is critical in ensuring agents are well rested, particularly since the hours and commitment required by real estate can be brutal at times.

“I’ve got a big celebration for my 50th birthday; we’re going overseas as a family in late June-July and spending a week in the south of France,” he said.

According to Mr Tostevin, maintaining consistent energy levels and prospecting activity has been paramount to his performance over the past year.

“I make sure that if I keep my name and Marshall White’s name in front of people, that increases my chance of doing business with them; in other words, no complacency,” he said.

Mr Tostevin said he continually reinvents his presentation style in order to evolve as an agent and refine his points of difference.

According to Mr Tostevin, he doesn’t do a great deal of marketing or use social media, since his agency is not geared towards promoting individual agents with corporate advertising. Rather, he leverages VPA to reinforce his profile as an agent.

“If you have prominent advertisements for a property, it benefits three people: obviously the vendor, since they’re the number one priority, the agency that you’re representing and then the individual,” he said.

“In summary, the more boards you’ve got up, the more advertisements you have in the media and the more properties you have on the internet, then people identify with that success.” 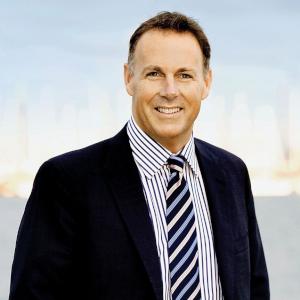 Accountability starts with you ...