How to survive the next downturn

A downturn is coming. When is impossible to say. But a slump has to happen sooner or later because property prices can’t keep rising forever.

Another sad fact is that not all offices will make it through that downturn. The boom years have attracted plenty of new players who have only known good times and who may have no real plan to cope with the bad. To quote Warren Buffett, “a rising tide lifts all boats, but it’s not until the tide goes out that you realise who’s been swimming naked.”

The worst time to prepare for a downturn is when one has already started. That’s why agencies need to start preparing now – right now – for the inevitable rainy day.

So what steps should offices take? Real Estate Business spoke to five experts from inside and outside the industry to discover how agents and principals can future-proof their business. Their advice ranged from taking control of costs and focusing on marketing to paying greater attention to property management and learning how to price property accurately.

Ignore pricing at your peril

Focusing on something as simple as pricing might seem like a strange point to emphasise. However, Magain Real Estate, which placed first in this year’s Top 50 Sales Offices ranking, has credited that very skill with helping it manage the last downturn in Adelaide, in 2010-2012.

Principal Mike Dobbin says Magain even managed to produce some of its best sales results during that period.

“We really made a move in the marketplace as far as market share was concerned. That was a really defining couple of years for us because we made sure that when things weren’t selling, we got our prices spot on and we showed evidence to our clients about what was happening,” he says.

By contrast, some agencies that didn’t get their pricing right were forced to shut their doors, according to Mr Dobbin.

“The agents that they had working for them weren’t knowledgeable enough to be able to list properties at the correct price to get results or get price adjustments,” he says.

I would be right on the leading edge, so when this downturn happens you’re months ahead of your competitors

“When the market is moving down, the skilful agents will be able to relay to their vendors the concerns of the marketplace. If you haven’t got talented agents working for you, they tend to not tell the truth sooner to clients and they may even bury their head in the sand a little bit.”

Mr Dobbin says the lesson to learn is that agents need to constantly educate themselves about the marketplace.

Once they sense a downturn around the corner, they should immediately inform their clients, he adds.

“I would be right on the leading edge, so when this downturn happens you’re months ahead of your competitors,” he says.

“That flow-on effect will continue in the downturn because in a downturn all the clients ever pick on is results, and you’ll be one of the few getting results.”

Learn to read a balance sheet

One Agency founder Paul Davies warns that some offices have got into a bad habit during the boom years – they’ve paid attention to the wrong part of the balance sheet.

Mr Davies says some principals have become so excited by strong sales figures that they’ve lost sight of the fact business success is measured by profits, not revenues.

“For that reason, agents need to put their operating costs under a microscope, because for the bulk of agents across Australia, their businesses aren’t set up to be run economically,” he says.

“They’re set up to maximise income – of course, that’s relevant, but what’s left after you’ve paid your operating costs is the only measure of success.”

Mr Davies says one reason this problem occurs is that many people who become principals are well versed in listing and selling but lack business management experience.

The lesson for principals is to do more than just focus on where the next deal is coming from – they also need to calculate what it costs to create those deals, he says. If they discover that their margins are too small, they should consider cutting costs. That could include reducing their staffing levels or sub-leasing part of their premises.

“For any person that is a business owner that’s come into the business during a boom market, when they’re only really concerned with revenue, and when they start to run out of money they just look at creating more revenue – those sorts of businesses need to review their attitudes quickly, otherwise they will go under,” Mr Davies says.

Give property management due respect 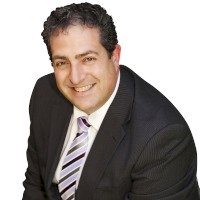 Of course, that’s not to say that principals should stop thinking about revenue. Eview Group, which had two entries on the Top 50 Sales Offices list, regards property management income as a critical source of protection against tough times. That’s because it can provide a vital source of cash flow when sales start to fall, according to director Manos Findikakis (pictured).

“More than ever, property management divisions shouldn’t be playing second cousins to the sales division now that the sales are there and everyone is excited about the income we’re generating in the hot market,” he says.

“We can’t lose focus on our property management division; we need to make sure they’re getting stronger and bigger, so the cash flow is protected in the downturn.”

Mr Findikakis says there are agencies that don’t give property management divisions the respect they deserve – and that this could come back to haunt them during a downturn.

We can’t lose focus on our property management division, so the cash flow is protected in the downturn

The best way for an agency to grow its property management division is through its sales team, according to Mr Findikakis.

Eview Group does it by giving agents a financial incentive to bring property management clients into the agency.

“Instead of the sales team focusing only on the next seller, they should make sure that every buyer and every vendor is asked this question: ‘Is there a property that our rental department could possibly help you with?’” he says.

Mr Dale says this rule applies to all the industries in which he’s coached, including real estate, mortgage broking, construction, accounting, IT and professional services.

“Maintaining and supporting and shoring up your market share distinguishes the businesses that don’t fail from the ones that do. Your customers are what’s important, so if you’re going to invest anywhere, that’s where it should be,” Mr Dale says.

“What I see from people – and this is right across the board for business – is not enough marketing activity and a kind of fancy that they do a good job and their work speaks for itself. It’s true to an extent, but it’s not true to a greater extent. People come to you because you’re in their frame when it comes time for them to want to sell.”

Mr Dale also advises agencies not to panic when the downturn finally does arrive. Some business will disappear from the market, but an overwhelming majority will remain, he says.

That’s why he says that although principals should cut their costs the moment they start losing revenue, they should keep the scalpel away from the marketing budget.

“What the people who fail do is they cut marketing first so revenue falls more and you get into this downward spiral because you continue to lose market share,” he says.

“The good agencies are going to remain and it’s the poor ones who don’t do the right things that are going to fail.”

Do what Buffett would do 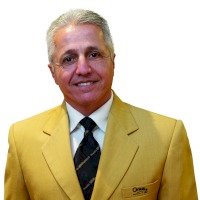 As the market slides and the number of offices declines, agents will start increasing their commissions towards three per cent, according to Mr Tarbey.

“There are very few agents that are getting three per cent right now. Mostly they are getting 1.5 to two per cent. So what will happen is an adjustment. In an adjustment, some of the agents don't make it, but they sell fewer homes for more commission,” he says.

Mr Tarbey says Century 21’s turnover has remained fairly constant during the boom. What has increased, though, is the volume of property that it’s sold.

“So when the market changes, and we are selling less property, my turnover won't change, in fact it will probably increase because of the fact we are selling fewer properties,” he says.

“This means we will have a smaller number of people working in offices to feed, and the split in commission is higher per individual.”

Mr Tarbey could be channelling Mr Buffett when he stresses the importance of using the good times to master the art of real estate.

That means working on the basics such as negotiation, property presentation and maintaining contact with buyers, he says.

“I always say that there are only two types of houses for sale in real estate: firstly, the seller’s; and the other is mine, if I can’t sell theirs. That's the reality of a down market,” he says.

“There are only two types of markets that we are ever in: the one where we get the buyer up to meet the seller’s ridiculously high price – that one is called a boom. The other market is when we get the seller down to meet the purchaser's ridiculously low offer – that’s called real estate, and that's what we are in 90 per cent of the time. And I think that the agents who can adjust to this will be the ones who can get through to the next stage.”

How to survive the next downturn

What’s Making Headlines – The week commencing ...
Property trends with Domain’s senior research an ...
What’s Making Headlines – The week commencing ...
5 comments
0 Shares
FROM THE WEB
Recommended by Spike Native Network
Make sure you never miss an episode by subscribing to us now on iTunes
And dont't forget to leave REB a review!