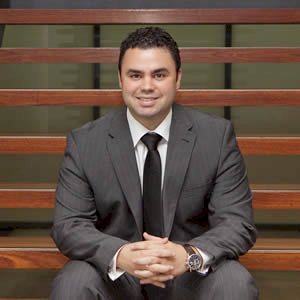 Nothing in life is inevitable, but success in real estate is almost guaranteed when you pick up the phone more than 100 times a day.

Adam Denina from Starr Partners Parramatta placed second in the Young Guns ranking after a remarkable 2014-15. The numbers tell the story. He made 103 sales in the last financial year. That was the result of 163 listings. That, in turn, was the product of 70 call connects per day.

“I spend the better part of my day on the phone,” he says.

“I would make upwards of 100 phone calls but get in contact with the better part of 70 of them.”

Mr Denina will hit the phones for 45 minutes, take a short break, and then repeat the process until completing his daily call list.

This list is automatically generated by his CRM, which tells him who to phone and what to discuss.

“We set tasks with every person we speak to; as soon as you’ve spoken to them, you set a new task and that will come up when the day is due to call them,” he says.

“It’s about staying in front of them. I don’t feel there’s much loyalty left; it’s a matter of who pops into their head first nine times out of 10.”

Mr Denina always asks for the person’s business, although he does so diplomatically. 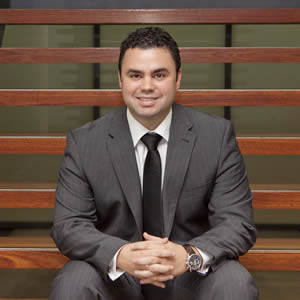