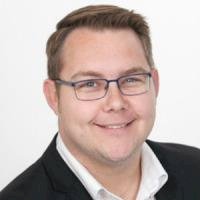 Last month I read an interesting article on REB where two highly regarded real estate agents dismissed Facebook as an effective tool in regards to prospecting for new business.

While they have accurately described Facebook as not being a saviour to our industry, my results would suggest that disregarding social media from an agency’s prospecting plan entirely is a risky move to make.

Take my business Wagga Property Management, for example. In the 21 months since we began operating, we have experienced an entirely organic net growth of almost 350 properties under management (and growth of far greater than this when we take into account the properties we have lost in the same period through natural attrition). As any good agent should do, I make it a point of asking each and every prospective new client who has called us why it is that they have called, and I have lost count of the number who have told me that they have seen us on Facebook. While our social media presence may not be the only reason they called, it is more often than not mentioned as part of the reason.

If used effectively, a company’s Facebook page can garner fantastic new business opportunities. For those who disagree, I would be inclined to argue that they just aren’t doing it right! Personally, I am a ‘liker’ of dozens of real estate agents’ and agencies’ Facebook pages, and if it wasn’t for the fact that I have a vested commercial interest to keep track of what people are doing with their pages, I would have ‘unliked’ the majority of them months ago. A Facebook page shouldn’t be seen as another tool to use in selling or leasing properties – it should all be about telling a story and conveying the message about why you should be someone’s agent of choice.

Furthermore, Facebook is a platform for people to share their thoughts and experiences that they have had when dealing with a business. Wagga Property Management has often received a fantastic wrap on the Wagga Buy, Swap & Sell pages and the Wagga Thumbs Up, Thumbs Down page about the service we have provided to both landlords and tenants.

Whereas up until a few years ago it would only be by chance when standing around a barbecue or having a few Friday arvo schooners that people would talk about their experiences with local businesses, Facebook has opened that up so that people can compare notes 24/7, and not only with the people they know but also with complete strangers.

One recent question that was asked on one of the Wagga pages was this: “I have a number of investment properties and am looking for people’s opinion on which real estate agent we should use to manage them.” Out of the 21 comments made on that post, 12 said Wagga Property Management (and another six offered no opinion on who to use, but some strong advice on who not to use). Needless to say, we got the call from the prospective client. Money cannot buy that kind of feedback!

Facebook should definitely not be at the bottom of your list as a method of prospecting for new business. If used correctly, it is a powerful tool to have in your arsenal and one that can produce some fantastic results.

Here are my top tips for using Facebook effectively in your business: ‘It’s a people business; we just happen to sel ...
The shift towards professionalising the real estat ...
People list with agents – Not agencies ...
1 comments
0 Shares

From humble beginnings as the office boy in a small independent agency when he finished high school, Dave Skow has forged a solid career in the real estate industry over the last 15 years.

Opening Wagga Property Management in January 2014, Dave has built a solid property management specialist agency experiencing net growth of over 300 properties in its first 18 months. Continuing to enjoy unprecedented growth for an independent, property-management-only agency, WPM was recently awarded as the best Property Management Agency in NSW at the Investors Choice Awards.

Dave is recognised as a leader in property management and business development, and he’s regularly featured in industry publications as well as presenting at events such as the BDM Academy Innovate conference.