Industry newcomer Marc Gable soared into the top 10 of the Young Guns ranking by investing significantly in his personal development.

Mr Gable from McGrath Estate Agents Brighton-Le-Sands made 52 sales and booked $47.0 million of business in 2014-15 after stepping up from assistant to sales rep in January 2014.

The Sydney agent said the reason he was able to make such a strong debut was because he backed himself with a significant investment in training and marketing.

“I approached Pete and asked, ‘What are you doing from a marketing perspective? How are you working your core area? What are you sending out?’ That helped me gain an understanding of what the top agents were doing and from there it was just mirroring what they were doing. That gave me the ability to build a presence quite quickly in an area,” he says.

Mr Gable says he also received considerable mentoring from his principal, Matthew King, and worked hard to build his knowledge day after day after day.

Mr Gable’s strategy also included online advertising and print advertising such as banners, DL flyers, financial reports and local newspaper ads. Initially, he introduced himself to local residents; then he alerted them to any sales he made.

Overall, he estimates he spent $60,000 in marketing and training in his first year – more than he initially planned but nevertheless a profitable investment.

“I’ve gone from not selling anything in an area to now selling more than any other agent that works that area,” he says.

“I invested a lot of time and money into myself and training and marketing. I thought of it as a business in which I was taking a long-term approach rather than a short-term approach.

Mr Gable’s target for the 2015 calendar year is to make 70 sales and achieve $1.1 million in commission. 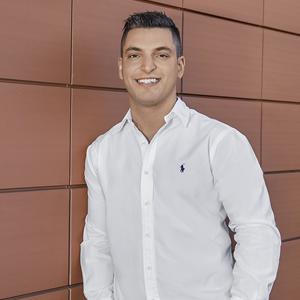