As a Property Manager, receiving an application made by a tenant for a hearing at the Consumer Trader & Tenancies Tribunal probably won’t come as a complete surprise. Chances are, you will have already entered into discussions with the tenant about an ongoing issue and both sides are finding it difficult to resolve the situation.

During this process, a good Property Manager should start making detailed notes in preparation for a hearing.

I recall a particular case where a tenant made an application to the CTTT, seeking compensation in the vicinity of $30,000 due to a small water leak in their kitchen ceiling and damage that was caused to some of his personal belongings, particularly his laptop. He claimed that he lost all of his work data and files on that laptop which cost him a great deal of time and money spent trying to retrieve the vital information. He also claimed that he had reported the leaking ceiling 6 months ago and that the agent failed to action the repair within a timely manner.

This case took over 5 months to finalise. The first trip to the CTTT saw the member halving the tenants claim immediately to $15,000, as that was the prescribed limit they could award in compensation claims. (http://www.cttt.nsw.gov.au/Divisions/Tenancy.html#Jurisdictional_limits)

The case was adjourned several times but I personally had spent in the vicinity of five hours preparing for it, not to mention the time it took to repeatedly travel to and from the CTTT. Whilst I had not been the Property Manager of this particular property, it was evident that the tenant had misunderstood exactly which leak had been previously reported to the agency. The original leak in the bathroom, which actually had been reported, had also been rectified very quickly. When this had been brought to his attention, he then produced a new letter that he claimed had been hand delivered to the office advising of the secondary leak. The office never received this letter and it was noted by the CTTT that all other communication between the tenant and the office had always been in email format. There were also some other discrepancies in his story in terms of timeline and dates.

Using the email advising of the water leak that the office had actually received from the tenant 1.5 months prior to the CTTT application, there was a clear and concise record of the actions taken to rectify the leak and very accurate note taking. Additionally, the agency had a standard disclaimer signed by the tenant at the commencement of the Lease wavering the Landlord’s responsibility in terms of any damage to the tenants’ personal belongings and that the tenant would be arranging Contents Insurance. It was primarily because of this disclaimer that the end result of this exhausting case lead to the tenant being awarded nothing.

The moral of the story is to prepare thoroughly for the case.

I had x3 copies of the neatly bound booklet that contained all the paperwork. One for me, one for the member and one for the tenant, which of course you’re obligated to supply during conciliation.

The booklet included;
•    A Contents page
•    A Chronology of events
•    An outline of our facts disputing the tenant’s claim
•    The evidence that we intended to rely on (ie photos of the leak in the ceiling)
•    Copies of relevant email threads with highlighted sections specific to each individual section.
•    Any relevant references made to sections of the Residential Tenancies Act because you can be guaranteed that the Member may ask you to refer to them.
•    A copy of the fully executed Lease Agreement
•    A copy of the signed Management Agency Agreement
•    Copies of tradespeople invoices

The other important thing to mention is to know your dates and facts. When asked a question by the Member, respond clearly and concisely and don’t ramble on and on. They absolutely hate that, along with interrupting the other party when it’s their turn to speak.

Don’t be late to the hearing and always be polite to the presiding member on the day.

Finally something I found really useful was taking a fellow colleague. Ideally someone who is familiar with the case. It was really handy having one of my colleagues there to assist in finding the documentation that I was referring to or the relevant photographs, particularly when there is a lot of paperwork. The last thing you want to be doing is scramble through pieces of paper which makes you look completely unorganised and inefficient. Property Managers know that the Residential Tenancies Act was re-written and released in 2010 but may not know that some significant changes were made to the rules surrounding Smoke Alarms in rental properties. 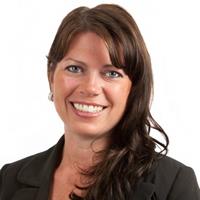