Dive into the mind of a property manager 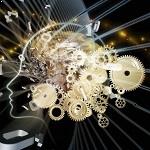 Experts in numerous fields have highlighted the vital role mindset plays in creating ongoing success, and property managers are no different.

Corporate behaviourist and consultant, Phil Owens has years of experience in helping businesses and individuals create high performance and success across a range of industries.

RPM caught up with Mr Owens to gain some insights into the mindset of property managers and support staff to help principals navigate the challenges of creating a cohesive team environment.

Whether it’s building and maintaining a team, fostering company culture or motivating staff, Mr Owens has some easy and practical advice to help any business leader get the most out of their office.

Mr Owens says principals must realise the difference between having a group of individual staff members and building a cohesive team.

“In the real estate sector particularly, there are a lot of cases where individuals are out hunting their own victories or controlling their own portfolios, so it’s really important for leaders to actively create a team within the office environment,” he says.

“For people to actually feel like they're part of a team, they need to go through a process of feeling included, then working out what they're in control of or competent of within the group, and then having a sense of openness and sharing so they create a sense of trust.”

According to Mr Owens, the first step in inclusion, which means including people in meetings, bringing everyone together they feel part of the group.

“The second thing is making sure that you're identifying what people are good at how they're adding value to the business, so the team can lean on those strengths.”

“The next bit is creating a space for people to share appropriately, giving people the chance to actually build trust with each other, have slightly more in-depth conversations, and allow people to connect as people.”

Mr Owens says principals set the tone in terms of culture and standards, so they must the one to stamp out bullying and conflict early, otherwise it sends a clear signal to the organisation that that type of behaviour is permitted.

“One of the biggest issues though is that any time we deal with conflict, it brings up a lot of uncertainty, which in turn creates fear, so what we end up with is people being defensive.”

Mr Owens advocates a method for conflict resolution that he calls the OPEN process (Observation, Preparation, Engagement and Navigation).

“The first thing is get all the observable facts: 'it was noted that...' 'it was observed that...' Don’t use phrases like: 'I think' or 'you are'; really focus, not on the subjective, but on the objective stuff,” he explains.

“The next thing is to prepare and think about not only what you want from the conversation and what your key points are, but also prepare the environment to have the conversation. If you're going to talk to somebody and tackle conflict, don't do it over the water cooler or around the coffee machine with everybody watching.”

Mr Owens says the third point is to engage, which means both parties pay complete attention to each other, giving each other the decency and time to connect as people.

“Most conversations go: 'you did this', 'no I didn't', 'yes you did', 'no I didn't'. So we throw accusations at each other, but we don't navigate towards a solution,” he says.

“At the end of every conflict conversation we need to say what are the next steps going to be and what is acceptable, because if we don't do that, we might as well not have had the conversation.”

According to Mr Owens, while everyone is motivated by different things, the general rule is that motivation falls into two directions and two types.

“People are either motivated to shift away from fear and pain, or towards pleasure, and if we speak to the wrong person using the wrong language, we get stuck,” he says.

“If I'm in pain or I'm having a really bad time and you're telling me it will get better and how fantastic it's going to be, I'm not listening to that; what I want is for you to show me how to get relief or comfort, and then you can turn my direction towards the big picture future.”

“If you take something that somebody intrinsically loves and you extrinsically motivate it, it will turn what they love into a chore and remove the intrinsic motivation of it,” he says.

From a principal’s perspective, by actually tuning in and asking, 'what is it about this job that you love?' and positively reinforcing that is a really easy way to motivate your people.”

“Just throwing money or rewards at people, you actually can damage their intrinsic motivation to work there.”

Dive into the mind of a property manager