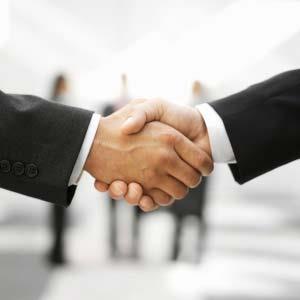 Being a better property manager means knowing what client want in order to empathise and provide for those needs.

In Part One, RPM looked at the behaviours and processes that go into managing and motivating staff and resolving internal conflict.

This time around, the focus is one external stakeholder, particularly clients, and how to better manage and understand them.

According to Mr Owens, problem clients can be handled with the four A’s (Awareness, Acknowledgement, Admiration and Apology).

“First is awareness, so know exactly what the problem is because often people try and solve a problem that isn't actually a problem,” he says.

“The second is to acknowledge, so you've got to hear that there's a problem so the client feels heard and felt, because a lot of the time people just barrel in with a solution while the client just repeats the problem over and over.”

Mr Owens says the third phase of admiration means saying things you appreciate about the client to help put them in a better mood.

“The fourth is to apologise, if you need to, and then get on with finding the resolution; they use that in everything from telephone sales through to big negotiations and it works really well when the customer has an issue and believes you're at fault.”

“First is get all the observable fact, so what's actually going on and focus on the objective rather than the subjective,” he says.

According to Mr Owens, next up is engaging with the client and paying complete attention to everything they have to say.

“Last is navigating towards a solution; at the end of the conversation you need to explain what the next steps are going to be and follow through.”

“Sometimes this expectation is real and I believe in it 100 per cent, and other times it is just a first position in a negotiation, so we have to be careful about taking things on face value until we've tested it,” he says.

“If a landlord says, 'I want to put the rent up by $100 a week', it's really useful to ask questions and be very specific about it: 'Why do you believe that that's an appropriate amount?'; 'Why should you do this now?'

“Really start to get into the specific questions around it and, by doing so, you can help the client understand the reasonableness or unreasonableness of what's going on just by asking quality questions.”

Mr Owens says property managers should also be wary of anchoring, whereby it is easy to anchor onto a price or piece of information simply because it’s the first one mentioned.

“The psychology of anchoring is very important – the first number you say in a negotiation, unless you know how to counter it, locks everybody's thinking into that framework,” he explains.

“If I come in and say, ‘the landlord was thinking of putting it up to $500, but after a conversation with him, we're now looking at $350.’ How you communicate numbers is really important around how you anchor it.”

Keep it professional and set the tone

Since property managers have been hired for their expertise as well as their lack of personal attachment to the properties they manage, they’re expected to remain professional at all times, particularly during negotiations.

“We have to stay on topic and the best way to do that is to start with an intention statement like, ‘my intention is to discuss the rental agreement and proposed increase’,” Mr Owens says.

“If I spring things on you, it creates uncertainty and distress, which makes you go defensive and we're not going to get anywhere, so being really clear about your intention is really important.”

Mr Owens notes that setting the expectation allow property managers to indicate how the conversation will go, sets the boundaries and addresses the next steps in resolving an issue.

“We need to have the intention and the in-conversation expectation as well as the outcome expectation,” he says.

“If we stick to that as a general rule, it allows us to be calm, not be personally engage and think it's a battle between you and them, just present the information and have a conversation.”

“First you need to know exactly what the problem is, because often people try and solve a problem that isn't actually a problem. Then you need to acknowledge, so you've got to hear that there's a problem so the client feels heard and felt, because a lot of the time people just barrel in with a solution while the client just repeats the problem over and over.

“Third is the admire phase, which is where you say you appreciate something about the client, like ‘I appreciate that you've brought this up and notified us. I appreciate your patience.’ Find something to admire in the person that you're dealing with because that puts them in a good mood. The fourth is to apologise, if you need to, and then get on with finding the resolution.”