A trashed property, tribunal and squatters: one investor's PM nightmare 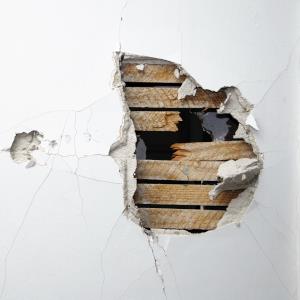 Why this landlord is now happy for a property to sit vacant for weeks at a time, and what we can learn from his experiences.

“It sounds a little callous, but I’m pretty picky with tenants, and for good reason.

I’ve had trouble with tenants in properties. I’ve previously had an expensive run-in with squatters at my four-bedroom home in Tregear, 50km west of Sydney’s CBD.

After a couple of months of moving in, they became unresponsive. The agent would repeatedly try to reach them to no avail. Eventually, the agent took it to the tribunal. After the tenants failed to appear at the tribunal and were two months in arrears, the sheriff was preparing to evict them. A few days before the eviction was due to take place, they did a runner.

The property was strewn with rubbish, which I had to pay to clean up, and the door locks needed to be changed. I had decided to cancel my landlord’s insurance prior to all this occurring (a decision I have now reversed) and claiming any of the arrears was out of the question.

For a young investor, having your property trashed is a pretty devastating experience.

When it came to the Ipswich, Queensland property I just bought, the choice between panicking about the slow market and picking the first tenant available or sacrificing a couple of week’s rent in order to find someone I trusted, was a simple one.

One of the things I’ve learnt since buying the first couple of properties is that it’s worth making that sacrifice and getting someone decent in there, someone who is likely to stay for a long time. When you have people leaving every six to nine months it’s not the best in terms of costs. You have to pay the agent again to advertise and get someone in. There are often also associated costs with moving new tenants in. You need to tidy every little issue up again whereas when you have people in there you just deal with maintenance over time as it comes. When you need to re-advertise it, you need to have everything spick and span again.

I prefer to take tenants who I believe will actually stay for a long time and treat the property as it deserves to be treated.

In the end, I took a slightly lower amount and opted to go with a mum and her son as tenants, which I think is probably quite a stable dynamic. I also felt more comfortable having a motherly figure in there in terms of having somebody to look after the house. They’ve been great since they’ve been there.

The weeks of vacancy with no rent? I think they’ll be worth it in the end.”

A trashed property, tribunal and squatters: one investor's PM nightmare