Why it pays to get involved with strata

When you invest in an apartment, it’s important that you are aware of the strata meetings that occur which dictate changes to the apartment complex. Getting involved in these meetings however can help increase the value of your investments.

Every investor would like to see the value of their property increase, but the current strata bylaws of an apartment complex may prevent investors from making certain changes to their investment properties.

It’s possible to change these by-laws, but it takes a bit of effort on the part of the investor through owner corporations and strata meetings, according to lawyers Ian McKnight and James Nickless of ClarkeKann Lawyers and CK Strata.

“An owner has a full right to attend a meeting. They can do so personally or they can do by way of what we call a proxy; that is, they appoint someone else to go on their behalf,” said Mr McKnight.

“They've got a full right to attend and provided they've paid all their levies, they've got a right to vote.”

“When you enter into a strata environment, you've also got the [owners corporation] telling you what to do but similarly to government, the… owners corporation… is simply a body that all of the lot owners are a part of,” Mr Nickless explained.

“One of the key challenges for people when they come into a strata environment, from that standalone, detached dwelling, is this concept of, ‘The body corporate or the owners’ corporation is doing things to me.’

“What they don't get is, it's part of this political process that they can become a part of and they can start to gain some influence and they can get some traction.”

Entering into these meetings can be difficult, as Mr McKnight described some situations as an “old mate's club,” with established members holding power and kicking others out.

In order to get that power to make changes, investors need to make an active appearance, much like a politician.

“Get the minutes, get the notices, etc. and maybe go along to meetings but above all, not be dysfunctional,” said Mr McKnight.

He warned that interested investors should avoid missing meetings or to send an influx of communication, such as 30 or 40 emails at once, or otherwise they will “alienate people very, very quickly” and will not be able to gain any political traction.

“You've always got to, even though you may not feel like it, adopt a very, dare I say, approach that is conducive and supportive, rather than being the dysfunctional person out on the limb,” Mr McKnight said.

Mr Nickless added that interested investors cannot be seen as “that kook out there on the left that nobody kind of agrees with”. In order to gain real influence, investors need to make appearances, such as meeting regularly with members of the committee and getting to know them, while also subtly mentioning being open to sitting in on meetings.

“If you could garner enough support of enough people, you could actually stack the vote in your favour,” said Mr Nickless.

“We had a management rights matter, where we were acting for the owner of the management rights. Instead of topping up the agreement, where you're limited to five years, we varied the agreement and got her an extra 25 years and she got powers of attorney from several people, just to make sure the vote went her way. Totally legal and she was able to use that political process to maximise the outcome.

“She walked away with over a million dollars' profit out of that deal. Not bad for a couple of years’ worth of work.”

Why it pays to get involved with strata 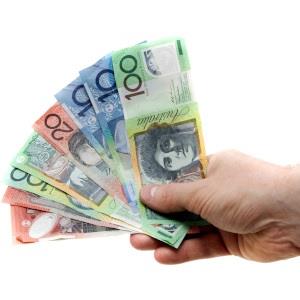 How did national rents fare in July? READ MORE
Make sure you never miss an episode by subscribing to us now on iTunes
And dont't forget to leave REB a review!