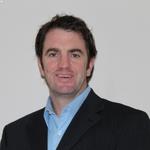 Rarely is a topic as divisive amongst politicians, economists and the general community as negative gearing.

With David Murray's Financial System Inquiry final report soon to be released, negative gearing is one issue that is expected to be discussed in some detail. As such, economists, property advocates, investors, financial advisers and finance professionals have been giving the issue more attention and focus than it has received for some time.

Before we discuss negative gearing, we should take a moment to define it, as it appears that there are a significant number of people that are confused by what it is.

In Australian tax law, investors have the right to offset a non-capital loss of an income-producing investment against their personal income in their year-end tax return, thus reducing the overall amount of personal income tax payable. In simple terms, if the costs of maintaining an investment are greater than the income derived from that same investment, that loss reduces the personal income of the investor.

The asset class is largely irrelevant – the same rules apply.

Australian tax law also permits the inclusion of interest on borrowings that have been used to finance an investment as an allowable expense of that investment.

Negative gearing is the ability to claim interest as a deductible expense, which in turn serves to create or amplify a loss. As a result, it is often used as a tax minimisation strategy by investors.

With regard to residential investment property, a rental property is negatively geared if it is purchased with the assistance of borrowed funds and the net rental income – after deducting other expenses – is less than the interest on the borrowings. This is called a net rental loss.

Some of Australia's leading economists, most prominently Saul Eslake of the Bank of America Merrill Lynch, have called on the government to abolish negative gearing. His rationale is that the housing market is "unbalanced", with investor mortgages now accounting for approximately 40 per cent of all mortgages.

Mr Eslake seems to believe that there are too many investors entering the residential property market, and blames negative gearing as the main cause for it. Before we have any debate over negative gearing, we should be asking ourselves two questions that test the premise that Mr Eslake's comments are even based on:

1) What is considered a "high" percentage of investors as property owners in the residential property market, and why is a high level of property investment a bad thing?

2) Why should we be trying to give first home owners easier access to property ownership?

At a deeper level, these questions serve to test our beliefs around what the role of government is, and most likely align with our political leaning towards being more socialist or capitalist in nature. So, in truth, it is just as much a political debate as it is anything, and of course, all that exists is a range of opinions and beliefs.

For the sake of the argument, however, if we were to assume that the market is out of balance (noting that there is no consensus that this is the case), and the balance was something that needed to be changed for the greater good, then the next logical step would be to determine why that existed in the first place.

Whilst supply remains relatively consistent, it is demand that has gradually increased over the past few years. Demand increases as a result of more buyers. More buyers are a result of:

• Open access to the residential property market to offshore investors

• The ability of self-managed superannuation funds to borrow money

• The stability and reliability of the residential property market compared to alternative investments, especially post-GFC

• Increasing levels of wealth of Australians in general, and a desire to be self-funded in retirement instead of trying to live on basic government pensions

There is no logical thinking behind the conclusion that the rising value of residential property is the result of one small piece of tax legislation – a piece of legislation that has been in existence since 1985 – and that changing it would result in lower property prices.

On the contrary, the claim is a thoughtless one, and shows little understanding of the workings of the property market. Academic economists have about the status and reliability of astrologers or readers of tarot cards. You'd be well advised not to listen to them too intently, or take their advice, without first looking at their track record. 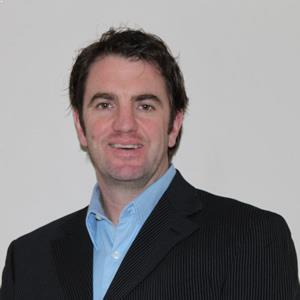