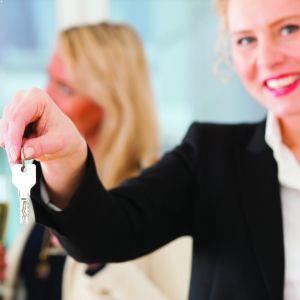 Of REB’s Top 100 agents, only 10 were women. REB spoke to two successful female real estate agents who made the list to find out what can be done to combat gender imbalance in the industry.

“I think we’ve got a massive advantage as females,” she says.

According to Ms Strickland, buying and selling decisions in the household are predominantly made by women and thus “being a female and able to connect on that level is a huge positive”.

She adds: “If you have the skills and you’re a great leader and a great communicator and you’ve got experience, then you will be a better choice over a male agent every day of the week.”

So why aren’t there more top-performing female real estate agents?

Ms Strickland says that real estate is widely perceived to be male-dominated, which can be discouraging for women looking to join the industry.

“I just think the perception is that it’s more of a masculine game,” she says.

Ms Strickland also suggests that the competitive and stressful nature of the industry can potentially be off-putting.

“I don’t deny the fact that it’s a tough world and you need a really thick skin to be an agent,” she says.

“I think a lot of women come into it and think ‘Look, I’ll be an assistant because it’s more sustainable for me to be in that role and not take the lead.’ They don’t have the confidence to go and be at the front.

“You’re dealing with people’s emotions at what is often the most stressful time of their lives, which is selling their biggest asset, and that’s a big responsibility to take on as an agent.”

However, Ms Strickland encourages women to recognise that it is in this climate that their feminine attributes can be an advantage.

She points out that while many women may feel more comfortable in the role of assistant, often clients will prefer to listen to them “because they’re going to have a better understanding and empathise better”.

“I think a lot of men have got by in this industry just by being transactional agents because markets have been strong or they’ve worked in suburbs that have got high demand,” she says.

“But when markets get tough and when stress is involved, whether it’s financial or divorce or death – to me, that’s when as a female you absolutely rise to the surface.”

Ms Strickland says that ultimately it’s up to successful female real estate agents to step up and become strong role models for other women.

“Having role models is just the key. If you think ‘Well, someone else has paved the way, I can do it too’, that’s the biggest thing.”

More women in the industry than ever before

Vivien Yap of LJ Hooker Claremont points out that despite the low percentage of women in the Top 100, there is a higher overall percentage of females in the industry now than 10 or 20 years ago.

She suggests that the reason for the low percentage of high-performing female agents “has got a lot to do with juggling home life”.

“Being a mum, a wife and also being self-represented can be very demanding on your time,” she says.

She explains that it’s difficult to be a top female agent without strong family support and understanding around household duties.

“You have to decide who’s in charge of the groceries, doing the school runs and all the extracurricular activities – most of these are usually done on the weekends and real estate is a weekend job.”

She agrees that there can be advantages to being a female in the real estate industry.

“You do stand out if, for example, out of three [agents] being called in, you’re the only female. I see that as a real positive,” she says.

“Sometimes a lot of people will think that females are more intuitive as well,” she adds.

Ms Yap also finds that being a mother means that she has become proficient at multi-tasking.

“I multi-task as a mum, as a wife and as a real estate agent where I’m pretty much running my own business and managing employees,” she says.

“I think it all comes down to your state of mind – if you’re already saying to yourself ‘I don't think I can do it’, you start to doubt yourself, and if that happens, of course, you’re not going to be able to do it,” she adds.

“If you believe you can do it, you can definitely do it.”