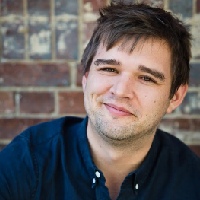 Emerging technology is a magnet for investor interest. We saw it happen with the internet in the ’90s. Now we’re seeing it with bitcoin.

Just a few days ago, bitcoin’s total market capitalisation had shrunk to $219 billion –– its lowest level since mid-November 2017. And yet, people are still on the bandwagon.

Over 100,000 merchants worldwide accept bitcoin for payment. Even for the many retailers that don’t yet accept the cryptocurrency as a payment method, people are devising ways to get around it with things like gift cards.

In 2017, we started to see property exchanging hands for bitcoin.

Is that a good idea? Before we get to that, we’ve got to first ask: why are people using bitcoin?

The allure of bitcoin

Perhaps, people are drawn to bitcoin simply by the promise of making a quick buck. Why do people put money into pokies or bet on horses or invest in stocks? Tony Robbins compared investing in bitcoin to gambling in Vegas. Humans have been testing fate for centuries now to win a bit of cash.

It likely also has something to do with the evolution of the buyer demographic, which has gone from mums and dads to the younger, techy generations who want to pay with alternative methods.

It’s been labelled a “revolution” because what else would you call a decentralised, denationalised digital currency operating outside the traditional banking and governmental system?

Still, is it really a good idea to carry out a large transaction — like buying or selling a house — with a commodity as volatile as bitcoin? You should really question the logic of treating bitcoin as a currency at all. You could potentially lose your whole property investment in the time between closing the deal and handing over your keys.

As with many things in life, just because you can doesn’t mean you should. Here’s why...

Humans can be too optimistic

We’re only human, and psychologically, we get swept up in the excitement. Professionals call this “optimistic psychology”.

Remember fidget spinners, the must-have toy of 2017? Those things were super annoying for the general population, but spare a thought for the guy who purchased 6,000 of them in the hopes of making a profit on the resale value. He only managed to sell 73 of the things. What a costly lesson in bad investment — and a classic example of human optimism blinding our ability to make rational decisions.

Once we’ve got skin in the game, we “need” things to work out. We hang on, even when things start to go south. We see those tiny spikes of downtrend through rose-tinted bias, refusing to believe it’s losing value in the long term.

Look at the Venmo pyramid scheme, which took over Instagram etc earlier this year. I love the description: “It’s like if a Nigerian prince swindle had a baby with a knife salesman, but it’s local and you don’t even end up with a set of surprisingly nice knives”. Crazy? Yes. And yet, everyone between the ages of 18 and 25 was doing it — putting faith in eight complete strangers.

History warns us against it

Bitcoin is probably a bad idea, because it’s in its fifth and final wave.

The Elliott wave principle is a form of analysis used to forecast market trends by identifying extremes in investor psychology. In a nutshell, the theory is that social mood drives the market: collective investor psychology naturally shifts between optimistic and pessimistic extremes, creating patterns — waves. It became popular when it was used to correctly forecast the stock market crash of 1987.

Lots of investors will follow the crowd psychology and trade on these extremes, feeling comfortable because of a trending stock or share. According to Elliott, these mood swings always show up in the same repetitive patterns: five waves which zig-zag upward, followed by three corrective downturn waves which generally return the stock or share closer to its original state.

Experts are now saying bitcoin is in its fifth wave — which means the corrective waves are coming.

Of course, you could choose to ride the wave (or disregard the theory entirely). However, if you do roll with it, it’s very important to remember that its value can fall all the way back to zilch.

There are some frustrating bottlenecks to clear

There’s still a few things that need to be sorted out before bitcoin is a viable currency for the masses.

Firstly, there’s transactional bottlenecks. Bitcoin runs on blockchain technology, which is essentially a virtual public ledger holding all transactions in a secure yet transparent way. However, transactions need to be recorded in that ledger, and that takes time and actual energy.

You might not think it, but bitcoin has a very limited capacity for processing transactions compared to modern standards of digital infrastructure. That means bigger transaction fees and longer processing times. For example, the best bitcoin network could probably process about seven transactions per second, whereas Visa processes about 3,674 transactions. To put it bluntly, blockchain isn’t currently able to handle mainstream adoption.

The short supply of skilled workers might just be the biggest bottleneck in the bitcoin ecosystem. It make sense: in order to improve and create solutions to bitcoin’s problems, we need manpower to carry out the work. And there’s a distinct lack of it at the moment.

There’s also a lack of legal skills. When you’re dealing with large investments, in a space where regulations and tax laws are quickly evolving, you’re going to want to get legal advice. So, if you’re considering selling your house for bitcoin, get in line — there’s a long, long wait list.

And in the end, bubbles burst

Bitcoin has all the hallmarks of a huge speculative bubble, and we’re not the only ones that think so (you can’t really argue with Warren Buffett).

Analyst Elliott Prechter probably does the best job of explaining how the collapse might happen, and it’s an unhappy coupling of everything we’ve just explained:

“A bearish trifecta — the Elliott wave pattern, optimistic psychology and even fundamentals in the form of blockchain bottlenecks — will lead to the collapse of today's crypto-mania.”

Bitcoin has been getting a lot of press these last few years (hours, even) — some of it good, some of it not so good. But what we seem to be forgetting is that it’s still an evolving technology.

As Prechter says, “The distant future of crypto is bright” — the key word here being distant. And for all we know, the future might not even be bitcoin — it could be another cryptocurrency altogether.