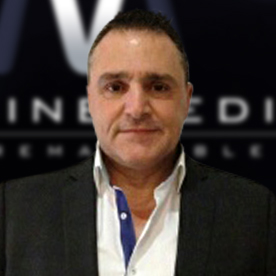 It seems the old adage of “fake it until you make it” remains alive and well. And none more so than in the world of backlit LED displays, where a glut of no-name brands — or poorly copied replicas of quality brand names — is flooding the market.

In almost every case, this leaves the poor purchaser disillusioned and out of pocket.

That’s because, thankfully, another old adage remains as much alive and well: If it’s a fake, it will break!

Just as the fake Rolex watches, the fake Converse trainers and every other fake, the fake backlit LED displays are an inferior product, poorly manufactured, and when they do come with guarantees, they are often not worth the paper they’re written on.

As for principles such as quality assurance and customer service, they’re non-existent in the domain of the on-seller — and there are now about 30 of them masquerading around Australia in the backlit LED screens sector — who grasps at whatever fake product is available and, with price the only possible differentiator available, offers it to unsuspecting customers at a charge that might, just might, be a tad cheaper than the genuine product.

That’s increasingly debatable as recent experience tells us that with the on-seller importing third-party product and having to pay significant wholesale margins which are then passed on to the customer, we are increasingly matching and sometimes even bettering them on price.

Even when these products are sold cheaper than the genuine backlit LED screens, the moment of euphoria is short-lived and soon replaced by the harsh realities.

It’s a fake, a cleanskin, hardly ever branded — and for obvious reasons. When — rather than if — it fails down the line, the manufacturers and sellers prefer it that you don’t know who they are or how they can be contacted.

Fortunately, it is not that difficult to pick a fake backlit LED screen versus the authentic and world-leading VitrineMedia offering, and I’d like to share a few pointers with you, which will hopefully spare you those infuriating moments of buyer’s remorse.

Let’s start with quality that is visible to the naked eye:

You might not detect each and every one of these flaws in the phonies, but you can be sure you will see at least one — and most often two or three.

That’s because anyone can copy — or at least attempt to copy — but when it comes to quality, there’s a lot more at stake. Like owning the process, from research and development, design and manufacture, sales and after-sales service and a swag of warranties and guarantees. Like being proud to trumpet the brand and stand by it.

This is where the VitrineMedia difference is most profound, where our unique features and benefits set us apart from these bogus brands.

Our backlit LED screens guarantee you this brilliant cold white lightness for 80,000 hours. That’s 10 full years of constant use, around the clock, 24/7. Don’t confuse the manufacturer’s guarantee with the statutory warranty of between 18 months and two years. The former is the manufacturer promising to stand by its very own guarantee while the latter is a legal requirement to sell product in a certain country.

Consider, too, that our rails are manufactured using lightweight and aesthetically pleasing brushed aluminium, while all genuine fixtures and mounting cables are made of stainless steel that will deliver a long and tarnish-free life. In addition, our power boxes are sourced from Meanwell, the most used and trusted global brand that ticks all the boxes when it comes to quality and international safety standards.

That’s value at every touchpoint. And it’s only available from genuine world-leading backlit LED screens.