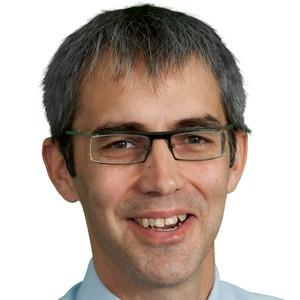 In my last Big Data article, I wrote about how it has the potential to disrupt the real estate industry.

I concluded that Big Data will disrupt agencies and its agents – the winners will be those who adopt and embrace distribution, while those that don’t will wither.

Adopters become more efficient, are better connected to their customers and can spend more time on their selling craft. Big Data won’t eliminate the business of an agency and agent; rather, it will eventually damage those that don’t use the tools available.

Let me explain by looking at houses across New South Wales as an example.

From our agency and sales databases, I extracted the approximate spread of commissions earned per suburb for the year to October 2014. I plotted these against the competitiveness of each suburb, judged by the number of agencies active in that suburb in September 2014. The purpose was to illustrate how just a little data and some CoreLogic RPData tools can highlight where to fish for more business – in this case, where the competition is low and the available commission is high. I further filtered by suburbs with more than 200 sales in the year and divided into property type (houses and units).

Where, then, would you fish? I know where I would – where the commission is high and the number of competing agencies low!

The analysis shows that some suburbs are more competitive than others. In some, your agency would be one of many and you would have to fight for your brand to cut through; in others, you would be one of a few and you could more easily differentiate yourself.

Looking at Victorian houses produced an even more interesting result. One suburb had eight active agencies, which earned an average commission of more than $2.6 million. Those agencies competed for 421 house sales, making that suburb a great place to fish.

In other states there were similar trends, showing how a little filtering can help define where to chase.

Similar analysis can be done at the agency or agent level to find the best suburb, or even which suburb in each geographic territory to focus on.

A little bit of data used well can make a big difference to your earning potential.

And what are the suburbs behind the numbers above? I suggest you do some analysis and find out!