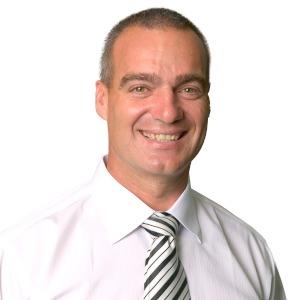 With 26 years of experience under his belt, Ric Serrao of Raine & Horne Double Bay is proactive about embracing new technology and digital media to consistently grow and evolve as an agent. He spoke to REB about how technology is adding significant value to his business.

“We sold two properties in the last eight weeks which were sight unseen, just virtually through a 3D walkthrough,” Ric Serrao, fresh from being ranked third in this year's Top 100 Agents ranking, told REB.

“It's cutting edge, it's a point of difference, and I think our vendors are seeing that as well.”

Mr Serrao has been using 3D technology to augment all his listings since last year, and says that so far it has generated an extra four or five listings for his agency.

"[We’ve been] doing individual websites as well,” he adds. “Not just doing the websites but actually trying to have them optimised a little bit with ad words, and that's working very well for me.”

To enhance his marketing campaigns, Mr Serrao has also personally invested heavily in social media – forking out $160,000 last year alone for Facebook campaigns and establishing a LinkedIn profile. He is also currently seeking to hire someone full-time to run his digital footprint.

Client relationships are most important

However, in harnessing the power of new and upcoming technologies, Mr Serrao emphasises that “they’re all pieces of a puzzle”, and client relationships remain paramount.

“Although we have to be putting our footprints out there, because obviously our clients are researching us consistently, the return may not be there as much as picking up that phone and working with your database at the end of the day,” he says.

To get clients on the phone, Mr Serrao adopts a range of creative strategies.

On his own personal website where properties are listed, in order to receive more information clients are required to input their details – namely their phone number which Mr Serrao says is “crucial”.

He also encourages buyers to provide their phone number at open homes along with their email addresses.

“We've kind of had to be a little tough to get that number, but I'm a sales person and my best way of selling is to communicate and be either in front of people or on the phone.

“I'm losing that privilege to technology, so I'm trying to make an effort to fight back and get the calls happening. A lot more time goes into it, but I think it’s a lot more productive.”

Mr Serrao says that 6 months ago he was nervous about disruption but believes now that it won’t be an issue if real estate agents focus on how to get clients calling them again.

“I think that if we take the easy way, and just keep things streamlined in emails and giving away all our data – there’s a question mark as to where we're going to be in three years’ time,” he says.

The support of a team is invaluable

The support of Mr Serrao’s staff has also been critical to his success over the past year.

Having been working together for many years, Mr Serrao says that his team has therefore created “a bit of synergy”.

He has also recently welcomed a second sales agent and found that his team are now motivating themselves, allowing him to concentrate on listing presentations and liaising with vendors and buyers.

Mr Serrao’s main goals for 2016 are to have a staggered three-month break throughout the year whilst keeping his revenue consistent with what it was last year.