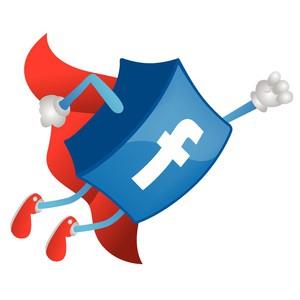 With the launch of Facebook Messenger and Facebook Live, real estate businesses have new channels for innovative communication with property buyers and vendors.

Mr Zuckerberg noted that one of Facebook's most recent developments, Facebook Messenger, was the fastest growing app in the US, ahead of the Facebook app itself, which was second.

"Now that Messenger has scaled, we’re starting to develop ecosystems around it and the first thing we’re doing is exploring how you can all communicate with businesses."

Mr Zuckerberg went on to show attendees how Messenger could be used as a new channel of communication with businesses in a way that is more convenient and tailored to the needs of the consumer.

"We think that you should be able to just message a business in the same way you would message a friend – you should get a quick response and it shouldn’t take your full attention like a phone call would, and you shouldn’t have to install a new app," Mr Zuckerberg said.

Customer service with a hint of artificial intelligence

Damon Pezaro, chief product officer at Domain, said Domain was one of a few Australian companies selected to attend the F8 Conference, at which Facebook unveiled the business potential of its new platforms.

"After the announcement of Facebook bots at the F8 Conference, our team assembled and was able to submit our working Domain bot to Facebook within two days," Mr Pezaro said.

"This is a testament to our agile product development process and our ability to quickly bring to market quality, innovative products."

Domain then launched its Facebook Messenger bot to make researching and finding property faster, easier and more exciting for consumers.

The Messenger bot is a program that allows consumers to message Domain and ask questions, as well as request and view information seamlessly from a single app.

According to Mr Pezaro, Domain is a pioneer in this space and the company's aim is to use Facebook Messenger to give consumers a very simple and natural way to conduct property research.

"Consumers are able to quickly and seamlessly share their location to find properties located near them," he said. "They're also able to quickly find price estimates for over 13 million properties by simply asking for the price."

Domain's Facebook Messenger bot has been well received by consumers and attracted positive feedback from the industry.

"We've already received over 15,000 messages through the bot; we have also won Gold in the 2016 Global Design100 App Design Awards in the 'Best New Service' category," he said.

Mr Pezaro is excited about the future of automation technology, particularly since Facebook Messenger's artificial intelligence and natural language processing enhances the way people in interact with businesses.

"As businesses learn more about the way people interact with their bots, we'll begin to see chat bots becoming smarter and more sophisticated in their ability to get the required information out of the user as well as deliver relevant information," he said.

The other platform that Mark Zuckerberg highlighted during his F8 Conference keynote was Facebook Live and the use of live video streaming for individuals and businesses.

"People watch live videos longer and they comment more than 10 times as much as on regular videos," he said.

Melina Cruickshank, chief editorial and marketing officer for Domain, says the real estate portal has also been working with Facebook Live to deliver live auctions to its Facebook audience of 500,000 users.

"Most people, in their life, have popped into an auction because it can get so exciting, so we thought we just wanted to amplify that," she said.

While the auction streaming service has not opened up to live bidding, it allows property buyers to follow the action live and is especially useful for bidders who have a buyer's agent at the property.

"Auctions quite often have someone there representing the buyer, so how fantastic would it be to have your person there but also watching it on your phone or on your desktop in the privacy of your own home."

Ms Cruickshank said another key benefit of streaming auctions live is that it helps build the profile of the auctioneers.

"In all of our auctions, the auctioneer has gotten a lot of positive commentary about the way that they're conducting it," she said.

"It's actually a new way of branding or profiling our auctioneers and our agents as well."

According to Ms Cruickshank, some agents have tried streaming auctions live on their own, not realising that it requires a very engaged Facebook audience to make an impact.

"We're either the most or second most engaged Facebook page for property in the world," she said.

"You can't just put a video up and expect it to be a success; you have to actually have the audience that are interested in it and you can optimise for it and understand what the audience segments are for those kinds of numbers to be reached."

Ms Cruickshank said Domain's first auction went live in early May and drew a physical crowd of 100 people; however, the bidding activity that was filmed reached almost 300,000 users.

"By combining editorial and all our property listings through interactive journalism, we have been absolutely staggered by the engagement numbers at these auctions," she said.

"We're always trying to improve and these auctions have been testing lots of different ways to broadcast to our viewers, so these will absolutely be a regular occurrence."