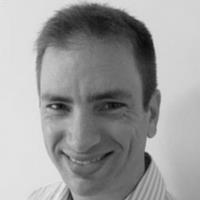 So how does adding a new medium to the mix improve an already crowded portfolio? Well, if that new medium happens to be augmented reality, then you might be unlocking a world of potential.

What exactly is augmented reality?

Augmented reality (AR) enables smartphones and tablets to interact with the world around them via the device’s camera. AR adds interactive content to the camera’s view such as video, 3D animations and websites.

Our phones are now so powerful that they can process visual information in real time. AR leverages this to associate visual cues with online content, bypassing the traditional typing step. As a ‘virtual window’, augmented reality’s digital third eye constantly scans the world around us, searching for anything in its database listed as a recognisable ‘trigger’.

Uptake in Australia has been slower than overseas, likely due to our demand for industry precedence. However, the IKEA AR app was already the most downloaded promotional app in 2012, and global annual revenues are projected to reach $1.5 billion in 2015.

AR used to be reserved for aspirational brands such as luxury cars and entertainment venues due to its complexity and expense. In becoming mainstream, however, barriers to entry are crumbling and the opportunity is ripe for the booming Australian real estate market to jump on the AR bandwagon.

With 81 per cent of Australians now owning a device capable of delivering an AR experience, it is only a matter of time before agents gain the advantage over their competition with this powerful new marketing tool.

The ‘killer AR app’ for real estate will unify the agent’s marketing portfolio into a powerful interactive platform, adding value to the purchasing experience and expediting the sales process.

Where to start for agents?

Almost any kind of media – from a flyer to a skyscraper – can trigger an AR experience.

Print media such as flyers and brochures are the perfect entry point for AR. A real estate brochure could trigger a 3D model or a fly-through video of the property, instantly bringing the viewer in closer contact with the property.

Physical objects can also be made interactive via AR. For example, a scale model of a building could trigger a 3D model of its interior, allowing customers to see every hidden angle and detail. Environments such as office floors can also be brought to life through AR’s ‘virtual window’.

A 3D interior design could be laid over an empty space, allowing someone to visualise a potential fit-out.

Introducing AR to customers is the easy part. You just add a simple call-to-action on flyers and signage, such as ‘Get a virtual tour of this property on our new app’. AR can then seamlessly extend traditional print media to instantly trigger video, interactive 3D animations and web pages.

Tech-empowered, attention-deficit audiences of all ages seek entertainment, engagement and interaction. The ‘gamification’ elements provided by AR add playful elements to marketing and tap into the child within us all. AR’s potential to agents is its ability to close the gap between online and offline marketing.

By delivering the full portfolio of marketing assets in real time as the user interacts with their environment, AR can transform a simple brochure into a full-fledged digital experience as videos, 3D showcases and online content are all delivered in parallel.

Tom West is the co-founder of Sydney Interactive, which dedicates itself to providing forefront digital experiences to Australian marketers. With a computer science degree and over 15 years’ industry experience, he currently enjoys building apps and games for iOS and Android. In sharing his expertise he lives by the motto, ‘If a concept can’t be explained to a five year old then the speaker doesn’t understand it himself.’