How agents can profit from exchange rates 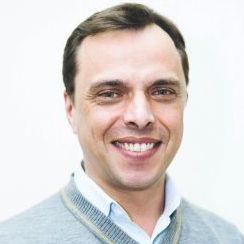 Do you as a real estate agent need to know anything about exchange rates? It turns out that, yes, you do.

Partly due to exchange rates the price of housing in Australia has been increasing for locals, yet dropping for many international buyers.

The Australian dollar is currently at a five-year low against the Chinese renminbi. An article on Juwai.com that explains this for Chinese buyers is one of our most popular recent posts. It's in Chinese, so if you don't read the world's most popular language, here are the key points:

Here's an example. An agent was recently marketing a fabulous home in the Sydney suburb of Vaucluse for $5 million. Due to the shift in exchange rates, that property today is the equivalent to $800,000 less expensive for a Chinese buyer than it would have been in May 2014.

That 16 per cent discount may be very appealing to a successful Chinese recipient of the Significant Investor Visa who is also looking for a lifestyle property in Australia.

The more expensive the home, the bigger the savings. Even so, the real power of China's currency to affect real estate agents is at the more affordable end of the market, about $1.5 million and below.

In South Brisbane, some Chinese buyers are drawn to new-construction apartments. The Chinese buyer who is interested in a $385,000 one-bedroom apartment in this kind of building appreciates affordable luxury. They are much more price sensitive than the prospects for a $5 million Vaucluse mansion.

If you tell them that by buying today they can lock in savings of more than $60,000 compared to nine months earlier, they may just be persuaded.

These aren't the only properties selling at a discount to buyers with strong Chinese renminbi in their wallets. Every property in Australia comes with the same rebate, including your own listings.

Smart agents will be able to use this fact to help them generate international enquiries and close deals.

As an Australian who lived through 2006 and 2008, when it took as much as $1.65 to buy a single US greenback, I know there are downsides to a low Aussie dollar.

There are, however, also upsides. The good news is that low prices can spur Chinese and other international buyers to spend more here. That puts more money into Aussie pockets, creates more jobs and spurs new property construction.

The currencies in Canada, Europe, New Zealand and Japan are also especially low against the renminbi this year. The challenge for Australian agents is to be more successful than agents in those countries at attracting Chinese buyers, and helping them find the Australian home of their dream.

How agents can profit from exchange rates 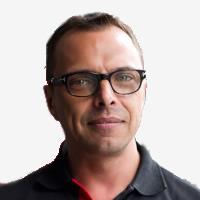 Andrew Taylor is co-founder of Juwai.com, the No. 1 website for Chinese buying Australian real estate. He is an experienced real estate media professional, with 10 years' experience managing print, online, television and radio brands in Australasia and Asia. He has held senior roles in the REA Group, including company director and Greater China country manager. He has also held roles at the Australian Broadcasting Corporation and Property Page Pty Ltd. He has graduate degrees in classical music and plays the diyin gehu (Chinese bass).